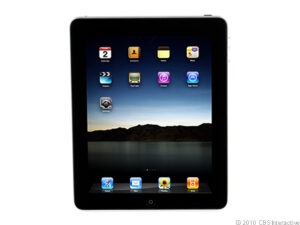 In April 2010, Apple released the revolutionary iPad that an increasing number of people and organizations are utilizing. This usage has had an unforeseen positive impact on education because it is an alternative, money-efficient and technologically advanced way to learn academic material.

In April 2010, Apple released the revolutionary iPad that an increasing number of people and organizations are utilizing. This usage has had an unforeseen positive impact on education because it is an alternative, money-efficient and technologically advanced way to learn academic material.

Saratoga High has shown that in the past, students have made full use of new technology brought to the school. Introducing iPads into this technologically advanced atmosphere would give students the extra tools required to reach their full potential on campus.

The iPad would streamline learning in classrooms as well as encourage fresh approaches. Realistically, it is no doubt that raising the funds for the iPads will prove difficult. Many school officials will be hesitant to add this new and pricey technology while the school is facing budget troubles.

However, the iPad will prove itself to be a worthwhile investment. Reluctant school officials may consider having a “test run” with the iPad, distributing iPads to a single class on campus and observing the effectiveness it provides in the classroom. From there, the school would be able to decide whether the iPad could benefit its students.

The Webb Private School in Knoxville, Tenn., recently made the decision to make iPads mandatory in classes. Students will be able to lease the 16GB iPad from the school for around $20 a month starting August. Webb, however, is not the only school to have implemented iPads. They are following a torrent of other schools that have heralded the tablet as a groundbreaking educational advancement.

Not only does the the device condense the amount of luggage for students, it is also an efficient helper in saving money. Especially in difficult economic times like these, conserving funds for school systems is a tremendous obstacle. Although the iPad is initially more costly, with a base price of $499, the cost will be virtually minuscule compared to the costs of purchasing new textbooks.

As students grow accustomed to the use of iPads in their classrooms, they will be able to familiarize themselves with different functions that the iPad. According to Apple, students are able to track their assignments, take notes and study for finals, while their instructors assign lessons, monitor progress and stay organized. This major step into modernization will allow students to be proficient in the “realm of technology,” as it continues to thrive in the future.

Students seem to be enjoying their iPads, which have proven to be a sure-fire way to ensure a memorable learning experience for both teacher and student. Though the novelty of iPads may soon wear off, the intuitive technology offered by the tablet will remain.

For the past decade, students have had to use Apple products such as the iPod and iPhone furtively in order to avoid getting caught by their teachers. But Apple’s iPad, along with other tablets, has proven to be everything but a detriment to students’ learning. As more schools implement iPads as educational tools, students will be able to gain the best education possible in the most cost-effective way.