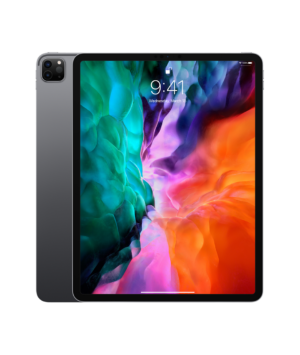 Reviewer compares the functionalities of the iPad Pro with MacBooks.

The release of the new iPad Pro in March led to a buzz of unboxing trends on social media platforms, with many people favoring the iPad over traditional laptop computers. YouTubers like Mariana’s Study Corner and studyquill have also promoted the iPad as a great studying tool for students.

I’ve been using MacBooks as my digital workspace for the past six years. Curious about the actual functionality and quality of the hyped-up iPad Pro, I got my hands on one in May. After six months of using it, I’ve decided to continue using my MacBook as my primary tool for school, although the iPad Pro has some impressive features.

For one, the iPad Pro is equipped with a Liquid Retina display, which allows for higher color accuracy, True Tone and ProMotion. True Tone adjusts the brightness of the screen according to the surroundings, and ProMotion enables a higher refresh rate. While this feature is relatively new on the iPad, Retina Display has been used on certain models of MacBook Pro since 2012.

The Liquid Retina display is one of the best features on the iPad, and it improved my experience greatly. The ability to automatically adjust the brightness helps protect the user’s eyes at night, and the higher refresh rate allows for smoother animations and handwriting experience.

The iPad also contains dual cameras and four speakers, a tremendous improvement from a MacBook camera. The blurry PhotoBooth pictures that MacBooks offer are a turn-off for me, while the iPad satisfies those looking for higher resolution cameras. With the increasing importance of good cameras for attending Zoom meetings and taking pictures of assignments to upload, the iPad works better than a MacBook.

The iPad also enables me to organize my notes and readings from all of my subjects into one place, which is surprisingly satisfying and time-efficient. I can perform quick searches in my notes and pinpoint the exact location of the concept I’m looking for.

One of the biggest selling points of the iPad is its compatibility with the Apple Pencil. Over the summer, I was able to take paperless notes using the app Notability for my online courses.

Taking virtual notes was difficult to get used to at first. Since I was familiar with the rough texture of paper, the smooth surface of a screen caused my already-messy handwriting to plummet in quality even further.

Even more irksome, the Apple Pencil sometimes just stops functioning properly and fails to even produce strokes on the screen. The unfamiliarity and technical difficulties with the Apple Pencil slowed down my progress during classes, leading me to miss several important concepts that my teacher went through.

After a few weeks of adjusting to the screen and playing around with different writing techniques, however, taking notes on the iPad became more comfortable although it still is much harder to write on than a piece of paper.

As practical as the handwriting notes functions are, though, the iPad has a fatal weakness – typing. While you can buy a keyboard to be paired with the iPad for $200 to $300, the extra cost is a little too much for me. Without the expensive keyboard add-on, the wide, onscreen keyboard makes it extremely difficult to type efficiently.

Apple places a strong emphasis on the lightweightedness of its products, but the weight of the keyboard adds to the bulkiness of the product, in many ways defeating the purpose of the iPad.

Apple offered a solution to typing in the iPadOS 14 upgrade, which allows me to write directly on the search bar using the Apple Pencil. However, this still seems to be a very unrefined technology, as the iPad always misrecognizes my handwriting and I have to correct it later by typing.

After testing out the iPad for half a year, my final verdict is that while it is a cool gadget, it is not the best tool yet for high school students.

Features like being able to handwrite notes on the screen and the camera qualities are impressive, but weaknesses such as typing detract from the attractiveness of this product. Sometimes old-fashioned technology such as pencil and paper is still best.