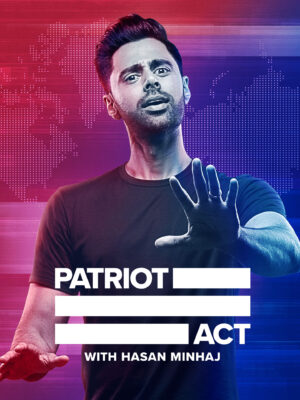 Hasan Minhaj’s Patriot Act allowed Indian-Americans a platform, but its cancellation damages the community’s voice in the media.

“What a run,” comedian Hasan Minhaj tweeted as he announced the end of his Netflix talk show “Patriot Act.”

The show’s cancellation came as a shock to many; throughout its duration, it won a Peabody, an Emmy and two Webby awards. From exposing racism in the military to publicly condemning Saudi Arabia, Minhaj explored a broad range of controversial topics.

As a first-generation Indian-American, Minhaj is a source of inspiration for others with his cultural background. He was the first Indian-American to lead a talk show in the U.S. when the show began, and his representation on the national stage set a noteworthy precedent.

Especially as a Muslim, Minhaj smoothly tied in his own experiences with racism and prejudice, which many Indian-Americans could sympathize with. Junior Sahil Shaik, who identifies as a Muslim Indian-American, felt that Minhaj’s unique relatability was incredibly powerful.

“Hasan Minhaj knew more than anyone on TV about my culture and the way I grew up,” Shaik said. “Listening to him on ‘Patriot Act’ actually helped me form my own opinions on politics."

In addition, Minhaj helped bridge the gap between traditional South Asian mindsets and the influence of American culture. While these cultures often clash, Minhaj navigated the divide and used the show as a conduit.

For example, Minhaj’s episode about affirmative action focused heavily on the intense academic pressure that Indian-American teens often face. While covering the Indian elections and controversial Prime Minister Narendra Modi, a hot-button topic where younger and older generations often conflict, Minhaj discussed being belittled by his family. Throughout each episode, Minhaj tied in his own experiences living with dual cultures.

Junior Ayushi Chakraborty often felt this generational perspective that stemmed as a result of the show, especially with her father, an avid watcher of the show. Chakraborty first found “Patriot Act” on social media, where people were enthusiastic about the brand-new talk show with Hasan Minhaj and Indian representation.

“It’s just sad to see that it ended,” she said. “I think many different generations were brought together by the show.”

With the wide range of Indian-American communities across America, Chakraborty’s thoughts are seconded by many. A petition to bring back “Patriot Act” has amassed nearly 18,000 signatures and counting.

Minhaj has not yet announced his future plans. Whatever he does next professionally, he remains a beacon and source of pride for the Indian American community.

“There are not many of us out here,” Shaik said. “He’s been a voice for the voiceless in our community.”