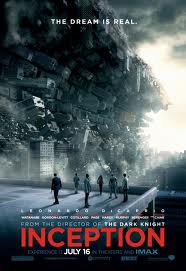 Since the Golden Globes took place a couple of weeks ago and the Oscars will show next week, we thought it was only appropriate to do a movie review ourselves.

Both of us found “The Social Network” a tad boring and hard to enjoy because all of the characters were arrogant jerks. Not only was it degrading to females, but also crass since it showed people willing to do anything for money. There were no memorable scenes in “The Social Network” since it lacked action.

“Inception” suffered from none of these flaws.

Never has a movie ignited so much rancor as “Inception” has. The blockbuster’s ambiguous ending has a penchant for creating convoluted debates about dreams and reality (no spoilers here). However, the genius of the movie goes far beyond the mind-bending conclusion; in fact, it should be considered the movie of the year.

Christopher Nolan manages to create a masterpiece that exceeds “The Dark Knight.” In
“Inception,” a film that is the sum of the protagonists from “Titanic” and “Juno,” innovative special effects and a crazy scene in the mountains where viewers learn that Leonardo DiCaprio and company cannot only steal dreams but are also professional-caliber skiers.

The movie’s virtues are numerous, but its thoughtfulness and ability to stimulate the mind stands out above other movies. Blockbuster action flicks are known for explosions and car chases, which “Inception” provides liberally, but Nolan’s innovative idea of shared dreaming leaves the viewers’ heads spinning and yearning for another view (three for me).

As “The Social Network” and “The King’s Speech” prepare to dominate movie award season, “Inception” plays the role of a dark horse, despite the cultural phenomenon that it spurred. Although “Inception” might not receive the Academy’s ultimate acclaim, it earns our nod as the movie of the year.