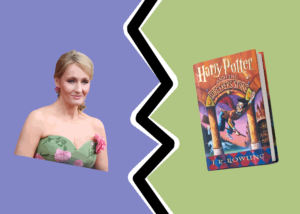 The tale of the canceled celebrity is becoming a common one: Many well-known names, such as author J.K. Rowling, actress Gina Carano and country singer Morgan Wallen, have recently come under fire for their offensive commentary.

For their actions, these celebrities have faced consequences ranging from Carano getting fired by Disney to Wallen being removed from radio stations. Still, their works remain popular.

Fans who condemn the actions of these people but also enjoy the work that they create now face an ethical dilemma: whether to support these artists.

The unfortunate reality is that there is no perfect answer. People should ultimately do what they’re most comfortable with and fairly try to apply that standard to all works of art.

While, on one hand, purchasing work created by problematic artists can be seen as supporting an immoral cause, upset fans can only boycott artists’ work sparingly as it’s not feasible to boycott thousands of people at once.

To be sure, it’s important that people separate the art from the artist, as they exist individually in society. The question of “how?” necessitates a judicial standard on how to make a decision regarding the art in question.

The artist’s misdoings must first be evaluated under the laws and judicial systems of their country. If the artist commits a crime like sexual harassment, workplace discrimination, physical abuse or more, then they should be brought to justice in their respective countries. Cancel culture for criminals is called jail.

If the offense is worthy of criminal punishment, a boycott is necessary until justice is served. Once the artist is in jail, they can no longer reap the benefits of their art, and boycotts will no longer be necessary.

For example, Backstreet Boys member Nick Carter was arrested and jailed after a bar brawl in Florida. Because he served jail-time — justice for his crimes — it’s OK to still listen to Carter’s music. The jail-time was Carter’s punishment, and he should be allowed to redeem himself afterwards.

If the artist did not violate any laws, people should examine the fallout of the event. Did the artist apologize? Is it a repeating or recurring action? Many people make mistakes and say or do things they don’t entirely mean. It’s important that we give people — even celebrities — chances to reflect and improve upon themselves.

For example, after fans criticized Wallen for a video of him saying the N-word, Wallen released a video accepting his punishments and promising to do better in the future. While the video can be dismissed as insincere or a PR-stunt, society should take it for face value and give Wallen a second chance. If people like Wallen aren’t given a second chance, a bad message is sent to the rest of society: if you ever make a mistake, you will be punished without opportunity to improve.

When artists commit a legal offense and refuse to apologize — like with Carano and Rowling — people should subjectively determine whether the artist’s misdoings are worthy of a strong reaction like cancellation. Are you comfortable with what happened or does it disgust you? And does the problem have anything to do with the art? If not, can you punish the art and others who also worked on it for this one person’s actions?

If the actions are unrelated to the art, then the art cannot be punished. J.K. Rowling may be making transphobic comments, but the “Harry Potter” films have an entirely different meaning to them. Gina Carano may be making anti-Semitic statements, but “The Mandalorian” and “Star Wars” aren’t perpetuating these ideas in any way.

Pablo Picasso was a notoriously terrible person. But the meaning of Picasso’s art has extended far beyond him; his art is a separate entity. Art forms take on a new meaning after they’ve been made, and it’s wrong to chain them to their creator and punish them together.

Cancel culture is unfortunately rampant around the world right now. While people must be held accountable for their actions, they should also receive second chances to improve.

More often than not, the problem is with a country’s laws and judicial system instead of the actual art. Society must support positive reform, while maintaining comfort and peace.

There is no true answer to who should be boycotted and who should not, but this provides a guide. It’s OK to listen to Morgan Wallen’s music, read the “Harry Potter” books or watch “The Mandalorian.” Sometimes the worst people create the coolest things, and that’s not your fault.