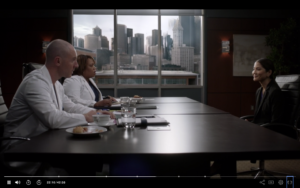 Photo by Sarah Zhou
The first episode of the eighteenth season

For anyone who hasn’t watched the show, here’s a quick summary: Surgeon Meredith Grey nearly dies every other week, has Mommy and Daddy issues and every other person in the show is either head over heels in love with her, or related to her.

Given that I’ve spent roughly 1.2% of my life so far watching this show, I feel qualified to say that it is time for ABC and Shonda Rhimes, the creator and producer of “Grey’s Anatomy,” to move on.

Some may argue that this now 18-season-long show should have ended years ago, and after watching the first episode of Season 18, I wholeheartedly agree. For two years, Grey’s Anatomy was the only reason why I maintained my Netflix subscription, but the plotlines and characters in recent seasons have been seriously lacking.

Sure, the show is great for studying or if you need some background audio to drown out the silence. If you need a show to put you to sleep, watch “Grey’s.”

But if you’re looking for a show with substance, stay far away from “Grey’s Anatomy.”

“Grey’s Anatomy” follows a group of interns through their surgical residency. But what happens when only one of those former interns is still on the show, and the ABC writers are running out of ideas? They begin to tarnish the well-built reputations of characters on the show to come up with random storylines.

For example, Alex is an arrogant and egotistical womanizer in the first few seasons, but after he marries Izzie, one of his fellow residents, he completely changes. He takes care of Rebecca, a patient who was obsessed with him; he tends to his numerous patients; and later he reunites with Jo, his ex-wife. All of these actions make him one of the most compelling, admirable characters.

In Season 16, though, after Justin Chambers, the actor playing Alex, decided to leave the show to explore more acting opportunities, Rhimes completely ruined all of Alex’s wonderful character development over the seasons: The writers have him run back to his first ex-wife Izzie, a woman who he has not seen for nearly a decade after she reveals that she secretly had his kids.

On top of all that, he leaves without saying goodbye to his current wife Jo, merely explaining the situation in a letter. Not face to face, not over the phone, but with a handwritten letter. Seriously, Shonda?

The writers tore apart Alex’s well-built reputation as a well-loved character, sending him right back to the ignorant, unaware and dislikable character he had been at the beginning of the show.

Even worse, Chambers didn’t actually get to appear in his own “final episode.” A person is always remembered for the most interesting thing they did, good or bad, and unfortunately, Alex will always be remembered by most for being the guy who essentially left his wonderful job and wife to have an affair with one of the most despicable characters to ever appear on the show.

Since the first episode of Season 18, it’s been apparent that the writers are running low on creative juices and that the show needs to be wrapped up. Amelia and Link are basically over, Maggie and Winston, the newly married couple, are still boring as ever, Teddy and Owen, two people who should not be together, are unfortunately together again, Jo, who can barely take care of herself, is failing with her new adopted baby (shocker), Koracick and Avery have left the show, and — surprise surprise — Meredith is sleeping with a new guy.

Saying goodbye to a show you’ve watched for so long is tough, but then again, this show trains you to say farewell: It kills off half the main characters every season anyway.