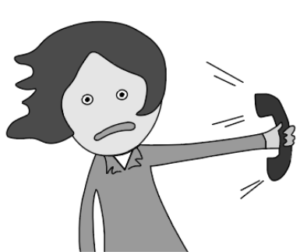 As election season approaches, thousands of young people across the nation have started looking for a way to make sure their voice is heard in the electoral process — even if they don’t have a formal vote. In fact, many youth activism organizations like the Sunrise Movement have been intentionally working toward mobilizing youth textbankers.

This year, I was one of them.

I got involved with phone banking in early January, when I found out one of my then-favorite candidates was running for re-election.

As a bright-eyed, bushy-tailed intern, I was excited to do whatever I could to help facilitate the campaign. Although I had thought that I had watched “Knock Down the House” enough times to understand that campaigning was hard and consisted oftentimes monotonous and arduous work, when the campaign director sat me in front of a thick stack of at least phone number contact packets, I was not at all prepared.

In a matter of minutes, I was told that in the next few hours, I was to call as many people on the packet as possible to talk to them about the candidate’s re-election. Although I like to think I’m a raging extrovert, calling people — no, cold calling strangers — was something way out of my comfort zone.

After an animated internal pep talk and a binding swig of apple juice, I sat down and dialed the first number on the packet.

I breathed a sigh of relief and moved onto the next number. The next few numbers didn’t pick up, and although I was relieved to be able to move through the packet without having to talk to anyone, I felt a little disappointed.

When I got to the numbers on the bottom half of the second page, someone finally answered. I excitedly bounced through the phone banking script, making sure to add some personal flairs in my spiel. (“I really support this candidate because she’s committed to improving public transit in the 14th district!”) I was halfway through the script when the voice on the other line cut me off.

“I hate [name of candidate]. Please remove me from your call list and never call or talk to me again. Have a horrible day.”

According to EPolitics, constituents get the most annoyed with phonebankers when they’re either calling on behalf of a constituent they don’t support or are calling them multiple times in the day. Although the man I called clearly fell into the former category, I wasn’t able to logically reason myself away from feeling hurt.

On days when I end up getting yelled at over the phone by a middle-aged man and the above statistic feels glaringly true, I can’t help but wonder what the point of phone banking and volunteering my time was.

Even so, there were still good experiences that made it all worth it.

One of the best happened in mid-February. It was a Wednesday night, and, as usual, after grabbing a muffin from the office snack drawer, I slid into the phonebanking room and began to chip away at the packet of phone numbers.

I was receiving a bunch of voicemails or instant hang-ups and no eventful conversations had taken place during the night. I was making my way through the last packet when a man who, judging by the sound of his voice, should have been no more than 30 years old and had a thick Mexican accent picked up the phone.

Although I completely anticipated for him to hang up as soon as  I introduced myself (like every other person I called), he actually stayed on the line. After I finished reading through the required parts of my script, I asked him if he knew who he was going to vote for. He said he didn’t know, but wanted to ask me a question.

I went off script and agreed. He then said something along the lines of “I’m watching the news right now, and everything feels so hopeless. What can we do to fix this?”

I was taken aback by the question.

Just that morning, the Senate had voted on Trump’s impeachment on charges that he abused his power when he sought to have Ukraine concoct damaging information against Joe Biden if it wanted much needed U.S. aid. After hearing the news of Trump’s acquittal during first period at school, I had spent tutorial frustratedly complaining to my history teacher about how justice in this country always feels so elusive. Despite being anticipated, the nearly party-line vote still felt like a numb kick in the ribs, and I had spent the rest of the day in an upset slump.

Although it wasn’t like the receiver had made some deep, personal admission in his question, his sharing his genuine concerns over our current political state made me feel significantly less alone in my political distress.

I ended up spending around 10 minutes talking to him about our worries for our current political situation and about the different ways that he could support community and national grassroots movements.

Prior to that conversation, the phone banking process had felt very robotic and distant; however, that conversation reminded me of why I and so many other young people started phone banking. In a time where government and politics have become so polarized, it's so easy to see “politics” as a heavy and inaccessible shapeless blurb instead of seeing it for what it actually is — a constellation of human connections and interactions.

We all do it for moments like these that make everything — the getting hung up on, the getting sworn at, the singular coffee and donut diets — all worth it.