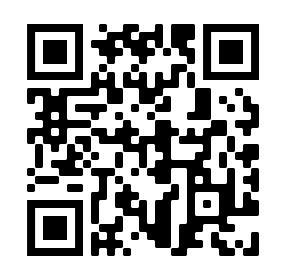 For more information about Homecoming, scan this QR code

Homecoming week ran from Sept. 20 to Sept. 24, featuring quad day performances from teachers and all grades, and a homecoming dance. The seniors finished in first place, with the juniors placing second, the freshmen placing third and the sophomores coming in last.

With no prior knowledge of quad day, the freshmen, tasked with the theme of “Teenage Mutant Ninja Turtles,”  faced several challenges. Freshman vice president and choreographer Anisa Taymuree fractured her foot late in the performance planning process, prompting drastic formation reorganizations due to  the prominent roles she had in almost every dance.

The sophomores were also hit with their equal share of challenges — their main one being a lack of participation. As it was their first quad day performance, choreographer Erika Anderson recalled that unfamiliarity with Homecoming made “things more stressful, because they didn’t have any previous experience or know what to expect.” Additionally, few sophomores had heard of their  theme of “The Fairly Oddparents,” which made the script writing process a lot harder.

On the other hand, the juniors leveraged their prior experience to produce a smooth performance with their theme of “Scooby Doo.” Junior class treasurer Allison Tan, who oversaw most aspects of the grade’s quad day, attributed their successful performance — which featured a total of seven performances — to increased participation.

The seniors concluded quad day week with a performance following the theme of “Phineas and Ferb.” With a total participation of about 80 students spread across eight dances, senior class vice president Kaylie Wong said that organizing Homecoming this year felt far different than previous years due to COVID-19 and had “much higher stakes” because they were unable to use their junior year as a “trial year.”

Despite these challenges and her initial worries, Wong was ultimately happy with the results of the performance.

The Homecoming week capped off with the football game, where the Falcons won their first game of the year against the Monta Vista Matadors 31-14. The first non-gendered Homecoming court winners included seniors Ishaan Bandhari and Derek Hsu being named monarchs; also in the court were juniors Julian Berkowitz-Sklar and Jeremiah Chung; sophomores Taylor Chu and Eva Semin; and freshman Juhi Karamcheti and Anisa Taymuree.