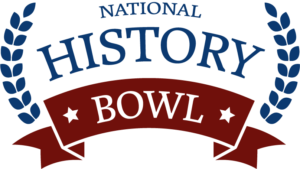 The national competition was initially supposed to be held in April, but was postponed to December.

Last February, they defeated over 10 other teams to win a regional competition held at SHS to advance to nationals.

After that, they started preparing for nationals, which was originally scheduled for April. Due to the COVID-19 pandemic, however, it was postponed until December.

When it finally came time for the national competition, the team made it all the way to the finals and took second place, losing 260-200 to Adlai Stevenson High School from Illinois.

“We were pretty proud about it because we weren't expecting to place that high originally,” Alaybeyi said.

In the preliminary rounds, the team went 8-2 to get the seventh seed out of 50 teams, higher than their expectations.

In the semifinals, they anticipated a loss against Hunter College High School from New York but shocked themselves when they won 280-250.

Nationals during this past season was much different than previous years, as it was held remotely using Google Meets and a buzzer system.

During matches, two teams were given around 40 pyramidal-style questions one at a time.  Each question contained five to six lines, each with a clue that teams needed to use to identify a certain historical event, cause, or movement. The clues got progressively more obvious, and the last clue was generally a near giveaway.

Whichever team buzzed first gets to answer, and if they get it right, they get 10 points. If a team answered wrong, they do not get any points and cannot buzz again for that question. This  normally gives the other team 10 easy points.

In the fourth quarter, teams can actually get 30, 20 or 10 points on a question depending on how early they say the answer.

History Bowl teams from SHS have consistently qualified for nationals in the last few years, but this past season was particularly special since the team earned the best placement in nationals since the school’s victory in 2015.

The team will continue spending hours per week reading Wikipedia articles and past History Bowl questions to prepare for competitions, as they have done in the 2020 season.

Many of the team members also take part in Quiz Bowl, a similar activity that encompasses many subjects. While studying for Quiz Bowl, they gain knowledge that can be also used in History Bowl.

In the upcoming History Bowl season, Alaybeyi hopes to continue their success from 2020.

“For 2021 nationals, our goal is similar to what we got in December nationals,” he said. “[We want to place] somewhere in the top three.”