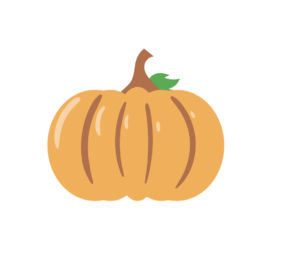 How my two other friends and I managed to stave off a reluctance to go out, timing conflicts and lack of costumes to go trick o’ treating.

As a boy with a Miami Dolphins cap and Golden State sweater walked up to a random neighbor’s door, I stared in horror. What was Vinay doing going trick o’ treating without a costume?

He rang the doorbell and a woman dressed as a mummy answered the door. I saw her facial expression change from excited to puzzled.

Still confused by his outfit, she put candy into his outstretched hands, and asked, “What are you supposed to be?”

“Oh. I’m a sports fan,” he replied, before walking away to plop a Snickers bar into my basket as we continued to the next house.

In the weeks preceding Halloween in 2018, most of my friends didn’t want to go trick o’ treating because everyone thought they were too grown-up for it. However, at the last minute, my friends, then-eighth-graders Vinay Gollamundi and Luke Wang, and I decided to meet at the head of our street to go anyway.

Because our plan was so last minute, we didn’t have time to prepare any costumes. I quickly threw on a dysfunctional Scream costume that was a size too small and had a mask that no longer spurted blood. Although I had managed to pull something together, Vinay was still in his normal school clothes and Luke just held up a scary mask to cover his face.

We decided to roll with it and started going up the street. We settled into a routine for each house: We would go up to a house, say the customary greeting and receive candy while the person that answered the doorbell questioned Vinay on his lack of a costume.

Originally we felt severely out of place as eighth graders, but our dignity was saved when I recognized some other acquaintances underneath their costumes.

It was getting dark and spooky, so we decided to call it a night. As we were returning to the head of our street, a middle-aged woman dressed as a witch called us from her door.

Ignoring the lessons we learned from Hansel and Gretel, we went up and found that she wanted to give us the leftover Skittles and Laffy Taffys that she had because not many people passed by her house. We gladly accepted and practically ran out back into the street with our now-doubled candy stash.

In the end, we decided to evenly split whatever candy we got and my parents called to tell me to come home, so we all parted ways, satisfied by our Halloween haul.

Halloween and the festivities it entails are often characterized as something only younger children do. However, my experiences on that night changed my perception, and I now believe that people of all ages shouldn’t be afraid of having some fun and scaring others at least one night a year.

I look forward to those same discussions and funny moments once quarantine is over. Whether that is this Halloween or the next, the next time I go out to get candy, hopefully, Vinay finds a real costume.