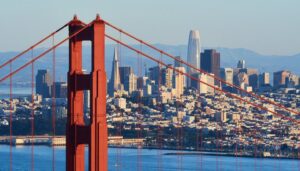 With the current pandemic forcing schools to close across the country, school districts have been attempting to find fair ways to compensate for the lack of classroom education and inequities of who has access to online resources and a quiet study environment at home and who doesn’t. Many schools have switched from the regular GPA system to a credit/no-credit system while others have created adjustments like grade flooring, essentially saying no student can receive a lower grade during the pandemic than when they were in in-person classes.

The San Francisco Union School District (SFUSD) has offered its own possible solution: giving every middle and high school student an A in every class they are currently taking. District officials have justified this idea by citing the stress of the sudden switch to online schooling and the toll it has taken.

This logic is wrong.

If every student receives an A, second-semester grades would be rendered inaccurate and useless. Even a system such as credit/no-credit would offer a slightly more accurate representation of students’ abilities.

The California Department of Education and University of California system have also advised the San Francisco Education Board against such a decision after it passed the preliminary rounds of discussion, suggesting a credit/no-credit system instead because essentially falsified grades would disrupt their entry system. This extreme form of grade inflation is completely useless because it has no real value to the students as colleges will not take these grades seriously.

If colleges do in fact take these grades seriously, then that causes an entirely different problem altogether, with students in the SFUSD having an unfair advantage over students in other California districts that kept a traditional GPA system.

In order to make sure students who are not well-off are not left at a disadvantage, a system with credit/no-credit or grade flooring would account for the lack of technology in various households within the district, as access to technology puts well-off students at a higher advantage than others.

For students who do have technological resources, though guaranteeing every student an A in their classes would certainly decrease their stress, the action fails to fulfill the main goal of schools: quality education.

Unfortunately, a guarantee of a high grade in a class would cause most students to not care about the learning aspect of school, with only those who are truly self-motivated making the effort to continue learning and applying skills. This greatly diminishes the quality of education because students will lack the motivation to actually take advantage of the resources they have.

In reality, if SFUSD does decide to give every student an A, the gesture would be a more symbolic one, showing students that their school board understands their anxiety and stress during these unforeseen circumstances. While this is a very encouraging message, the district could show its support for its students in other ways, from changing the grading system in another way, such as credit/no-credit, to instituting programs to support students’ mental health.

With the final decision on the matter occurring in mid-May, the San Francisco school board has to realize that though there are many valid ways of evaluating student performance this semester, the idea of giving every student an A should be given the grade it deserves: a big, fat red-letter F.