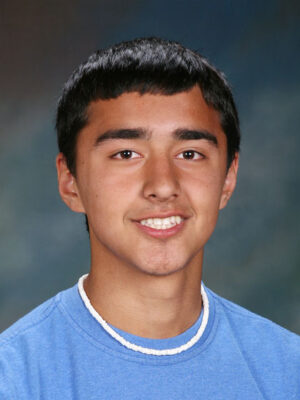 Roughly six months ago when the major league baseball season started, I boldly predicted that this year the Giants were going to the World Series. After hearing that prediction, many of my friends immediately referred to me as a “fool.” Fast forward six months through the season and into the depths of postseason baseball, and only two teams remain in contention for the title of World Series Champions. Yes, one of those teams is the Giants, and no, I am no longer considered a fool.

As a Giants fan—I’ll be honest—the last six years of baseball have been downright depressing. From losing the division lead on the last game of the season in 2004, ending up just four games back from first place in 2009, and everything in between, Giants baseball has truly been torture.

But what makes the Giants’ inclusion in this year’s playoffs so great is the taste of victory after those six years of horror. When the Giants clinched their playoff spot on the last game of the season, all of those years of losing and mediocrity were erased with just one win. That one game was worth more than any game played during those six years, a span of 972 games. Immediately after that win, I went straight to the Giants’ online store and bought an official “San Francisco Giants 2010 National League West Division Champions” shirt. I have never been so thrilled to buy a shirt.

Until Oct. 7, the Giants had not seen a lick of playoff baseball since former first Giant J.T. Snow was thrown out trying to score the tying run against the Florida Marlins in the last game of the 2003 N.L. Division Seres. That’s right, 2003. I was merely a fourth-grader at Saratoga Elementary School during the last time that anyone on the Giants had stepped foot on a field in mid-October.

From the end of that 2003 season to the beginning of this season, almost nothing has gone right; what occurred in those six years was a mess of errors, loses, strikeouts and many severe cases of fanatic depression. Honesty, I couldn’t blame my friends for disregarding my claim that the Giants were going to the World Series.

But this year was going to be different, and I knew it. I didn’t care that the Giants had a 3 percent chance at the beginning of the season to make it to the World Series, based on the fact that the Giants are just 1 out of 30 teams in the MLB. Nothing could stop a team with Tim Lincecum’s long feminine hair, Brian Wilson’s pitch-black beard and Aubrey Huff’s red rally thong. Throughout the year the Giants maintained a solid pitching staff, strong bullpen and, for the first time since the Barry Bonds era, consistent home runs from players without number 25 on the back of their jersey.

Every win brings the Giants closer to a championship, something that they haven’t seen since 1954—when they were the New York Giants and Dwight D. Eisenhower was president.

After such a long era of failure for the orange and black, this year is going to be different. The fans are louder, the team is better, and the Giants are actually in the World Series. Can it get any better than this? Who knows, maybe in a month from now people will refer to the Giants as the reigning ‘World Series Champions’.