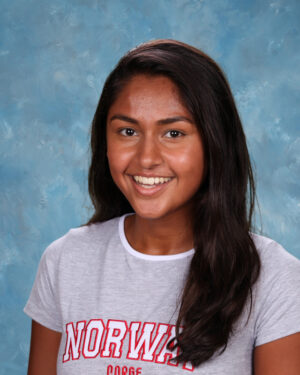 With differing opinions from older relatives, younger generations must find ways to forge their own path while retaining similar values

Though my grandparents have lived in the U.S. for more than 25 years, which is much longer than I have been alive, they essentially live with the same ideals and beliefs that they left India with.

My grandma wears her mangalsutra — a black and gold necklace traditionally worn by women in order to signify their married status — every day. Once a couple is married, the custom in Hindu culture is for the groom to tie the necklace around his wife’s neck as a symbol of eternal bondage.

My mother, on the other hand, wears her mangalsutra only on religious occasions, preferring other necklaces or jewelry in her day-to-day life.

To my grandma, the mangalsutra represents love, auspiciousness and goodwill. But to my 28-year-old sister, who is getting married in December, the mangalsutra serves as a religious token, only to be worn on her wedding day and other events requiring Hindu customs.

Though my sister and I both respect the mangalsutra for its religious value, both of us agree that it is outdated to think of a married woman as a possession of her husband. And honestly, a ring is much more convenient.

But why do I care so much about a mere necklace? It may seem silly, but that one black and gold necklace is a representation of most immigrant family dynamics: the grandparents sticking to custom and tradition, the parents breaking away a bit as they attempt to fit in a new society and the kids growing up with an entirely different perspective.

With all these dramatically different outlooks, clashes are bound to happen, but we second- and third-generation immigrants have to differentiate between what traditions to accept and which ones to reject or at least modify.

When I started swimming years ago, my entire family hated how much darker I became from spending so many hours in the sun. Their thinking: Being fair-skinned is considered more beautiful in India. My mom and grandma would give me face packs with yogurt or honey or turmeric, and I used them to make my family happy; however, at some point, I had to make them realize that nothing they were going to do would actually make my tan go away.

We have even clashed over the type of clothing I wear. My grandma wears a traditional saree or full sleeves and long pants every day, so when I am wearing shorts or a skirt, it becomes a topic of discussion.

Even with these disagreements, I understand where she is coming from. While our parents and grandparents grew up with them, we first- or second-generation U.S. citizens only experience the traditional customs of our ancestors in small bits and pieces whenever we get the opportunity to travel.

At the end of the day, I know my grandma is just doing what she thinks is best for me and attempting to pass down values like humility, which she holds dear.

What I have realized over the years is that I have to pick and choose which cultural battles to fight.

I believe in the same emphasis on humility as her, but the ways we choose to carry out these values are not always on the same wavelength. My relatively modern viewpoint allows me to re-examine what my family considers common sense and decide for myself what traditions I should perpetuate.