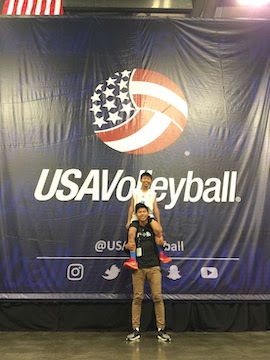 Sophomore guard Christian Li and the varsity boys’ basketball team huddled in the Nest, an annex of the boys’ locker room with a small TV and a couch. The team intensely watched a past game film against Los Gatos, noticing they were consistently giving up rebound opportunities. Taking note what they observed in the film session, the boys worked on countless rebounding drills for several practices to prepare for their upcoming game against Los Gatos.

Although their season has come to a close after a first-round CCS loss to Jefferson High School, Li reflects on the advantages that watching film brought to the team, especially with an initial rocky start to the season.

“At first, we were playing pretty poorly, and needed to see what we had to work on,” Li said. “It was just to analyze our own game, but we soon began scouting other teams.”

Many athletes also look to improve their chances of winning by scouting, or deeply analyzing opponents' playing styles through film sessions.

However, Li noticed that after observing opponents excessively, the strategy can begin to become counterproductive.

“We started to realize that watching too much film of other players worsened our reactive skills,” Li said. “We thought that because we scaled a certain team enough, we knew exactly what they were going to do, and didn’t know how to adjust when things didn’t go to plan.”

While Li is hesitant of over-scrutinizing other teams, he believes that watching his individual play has considerably developed his basketball skills.

Together, the pair watches past games of opponents, as well as Tran’s previous games for both the school team as well as his club team.

“I dedicate a lot of time to watching film, especially when we’re playing teams that are really strong,” Tran said. “Since our playstyle is often similar to rival clubs, we really try to pick apart their weaknesses and identify where our team has an advantage.”

Tran also emphasized the importance of watching films with someone who understands the game on a deep level. With Tran’s brother being a volleyball coach, he provides a perspective on the game that Tran contributed greatly to his growth as a player.

“Watching game films has really expanded my knowledge on volleyball,” Tran said. “It’s made me step back from simply playing in the moment and instead, focus on my game as a whole.”