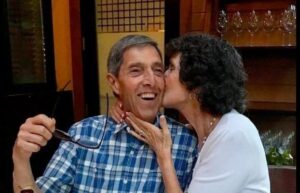 Former SHS interim principal Harry Bettencourt passed away on April 1 at the age of 72 due to complications from COVID-19.

Bettencourt grew up in Belmont and graduated from Carlmont High School in 1965. He received his teaching credential from San Jose State University and further degrees from Stanford and Santa Clara universities before entering the field of education.

Bettencourt lived in Cupertino and served as a teacher and administrator at the Fremont Union High School District before retiring in 2002. Afterward, he returned to education in countless leadership roles and joined many organizations, such as California Association of Directors of Activities (CADA) and National Student Council, that aimed to develop student leadership.

Bettencourt served as an interim principal in 2005 following the surprise summer departure of former principal Kevin Skelly to the San Diego area for an associate superintendent role. As principal, Bettencourt oversaw the transition into a new rolling block schedule, said district director of human resources Brian Safine (before then, each day had seven periods). Assistant principal Kerry Mohnike also said that Bettencourt placed much of his emphasis on reducing student stress.

“Harry Bettencourt was a kind-hearted yet effective school administrator,” Safine said. “His ever-present smile was the most recognizable indicator that he loved the work of running a school.”

Bettencourt is fondly remembered by many veteran teachers. Mohnike described him as a calm, pleasant, happy and welcoming presence on campus, and “almost everyone, if not everyone” liked him.

According to Mohnike, Bettencourt’s experience in education allowed him to make confident and honest decisions.

“He was not afraid of being fired, so he could say and do things that his years of experience and wisdom had taught him would be good for students without the fear of political fallout,” Mohnike said. “Loud voices didn't sway him; his ethics and knowledge about doing the right thing were his moral compass.”

Mohnike remembers Bettencourt walking through the hallways and the joy he had interacting with staff and students. Safine and Mohnike both said that although his time was short, he greatly impacted the school.

“Those of the staff that were here and worked with Harry thought very fondly and highly of him,” Mohnike said. “His loss is a loss to the world of education, but he left an indelible mark on SHS.”