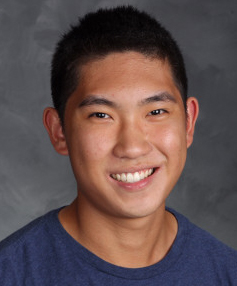 When was the last time the Golden State Warriors have been fifth in the Western Conference playoff picture? Heck, it’s been a long time since the Warriors have even been above 0.500.

When was the last time the Golden State Warriors have been fifth in the Western Conference playoff picture? Heck, it’s been a long time since the Warriors have even been above 0.500.
The Warriors have started the season with a 23-14 record, their best start since the 1991-92 season. They reached 20 wins before the new year, a feat they haven’t accomplished since 1980.
This Warriors team is more focused on winning than teams in recent memory. As a whole, the Warriors are playing cohesively. The starting lineup of sharpshooting guards Stephen Curry and Klay Thompson, rookies Harrison Barnes and Festus Ezeli and skilled forward David Lee have the team on a roll.
Their impressive record thus far can be attributed to their savvy off-season moves. In last year’s draft, the Warriors got three talented rookies in Barnes, Ezeli and Draymond Green, all three of whom have been in the Warriors’ rotation.
After drafting the rookies, the Warriors signed NBA veterans Jarrett Jack and Carl Landry. Jack and Landry have become the co-sixth men of the team, and both have played at a high level off the bench. This added depth has not only been helpful on the court, but since Jack and Landry have had much experience in the NBA, they bring a strong locker room presence as well.
Another strong presence is head coach Mark Jackson. In only his second year as coach, he has done a beautiful job of managing the rotation and giving the team a new defensive identity.
Last season, the Warriors were 20th and 26th in the league in opponent field goal percentage and three-point percentage, respectively. This season, they are ranked third in both categories. Furthermore, the Warriors were the worst defensive rebounding team in the NBA last season, but this season, they are so far the second best.
This new mindset of defense that coach Jackson has focused on this season has led to a more consistent team. However, it is possible that this is just the tip of the iceberg for the Golden State Warriors.
In the 2011-12 season, the team traded a fan favorite in Monta Ellis for a franchise center in Andrew Bogut. Bogut has only played in limited action this season because of complications with an injured ankle. When healthy in the past, Bogut has been one of the top defensive centers in the league and could add a whole new dimension to the Warriors. Bogut still has no real timetable on his return, but he hopes to be back anytime between the All-Star break and the start of the Playoffs.
Earlier in the season, a player expected to make a huge impact this season off the bench was guard Brandon Rush. However, in one of the first games of the year, Rush tore his MCL and ACL while landing awkwardly after a dunk attempt. Rush will be out for the rest of the season, but hopes to be back for next season.
These injuries may limit how far the Warriors can go. But even without Bogut and Rush, the Warriors have one of the best records in the Western Conference. And Bay Area basketball fans haven’t been this excited in years.
2 views this week