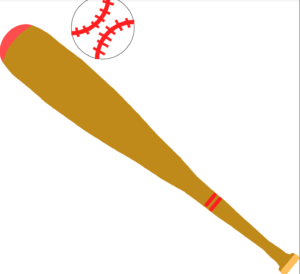 Permalink
The lockout, which many feared would eat into the season, ended in time to allow the regular season to begin on April 7.

After 99 excruciating days for baseball fans, the MLB lockout ended on March 12 — and the 2022 MLB season with a full slate of 162 games for each team will begin on April 7.

The lockout, a standoff between players and franchise owners that halted normal proceedings, was caused by a failure of the two sides to agree on terms for the new Collective Bargaining Agreement (CBA) — the contract that governs the inner workings of the league.

As the lockout ended, a frenzied free agency period began. Stars such as Freddie Freeman signed with the Dodgers, Kris Bryant landed in Colorado and Carlos Correa is now a Minnesota Twin. Close to home, the Giants inked all-star lefty Carlos Rodón.

Lockouts are not an infrequent occurrence in America’s major sports. The NFL, NBA, NHL and MLB have all experienced lockouts in their histories, usually caused by similar tensions between the players and the management of the leagues.

In this case, the players’ primary complaints centered on teams that maintain small payrolls and tank in an effort to get high draft picks and rebuild with cheaper, younger players. The owners, on the other hand, were intent on expanding the MLB playoffs to 12 teams and earning more money for the sport.

“It was a complete shock when the players and the association were at a standoff,” junior Anirudh Iyer said. “I think the players were right to stand their ground.”

Ultimately, both sides settled on a compromise: The playoff format was expanded to 12 teams, and the minimum salary was increased to $700,000, although there is still work to be done in ensuring that Minor League players earn a livable wage. Additionally, they agreed on the universal designated hitter, previously only present in the American League. The change was met with mixed reactions, as some felt that playing both offense and defense was a key component of the game.

Still, many fans were left unsatisfied with the limited gains that players made. As leagues like the NBA push toward financial models revolving around player empowerment, some fans feel that the MLB should follow suit, while others argue that the current system is perfectly fair to players.

Lockouts will likely become more common throughout the four major sports as players push to take more control over their contracts and increase their salaries. Issues between employers and their employees persist in nearly every field, not just sports, so fans should get used to hearing news about similar stoppages in their favorite leagues.

For now, though, the baseball season is just around the corner, a comfort to many diehard fans.

“I’m thrilled that America’s pastime is back,” Iyer said. “A summer without baseball is a dull summer indeed.”