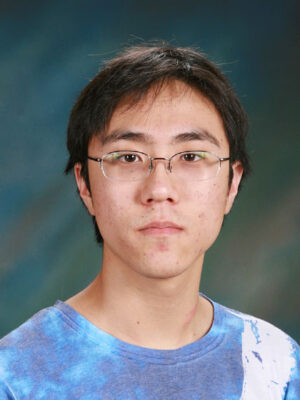 If you’re ever in need of a new computer, ask senior Arthur Chang to build you one, from scratch.
Chang became interested in building computers in 2005, when he got his first computer to mess around with, an AMD 3700+.

If you’re ever in need of a new computer, ask senior Arthur Chang to build you one, from scratch.
Chang became interested in building computers in 2005, when he got his first computer to mess around with, an AMD 3700+.

“I like taking things apart and the idea of modding. I think it was the nearly limitless possibilities [that got me interested],” Chang said.

He is a modder, someone who modifies a piece of hardware or software for aesthetic purposes or to perform a function not originally intended by the designer.

With the skills he learned in computer-aided design class, Boy Scouts and off the web, he has steadily increased his knowledge.

Known by his username, anachlores, Chang is a member of www.xtremesystems.org, a community for computer enthusiasts where they can share ideas and fill in gaps of knowledge. There are computer modders like Chang, photography buffs, programmers and many other different types of technology junkies.

His first computer that he built from scratch was started in April is not done yet, but so far it can do what other computers can do, and has been modified to be able to handle multitasking well. He runs a FTP file server, video editing, design and art, and general productivity applications. It also has an auxiliary monitor, that helps when he is writing papers, using image editors or viewing long web pages.

“It really helps to have a machine that can handle the strain when I have 10 or 12 Firefox windows with 20 or 30 tabs each,” said Chang.

In addition to building computers, Chang also builds computer cases, the container that holds most of the components of the computer.

The case that he crafted for his first built computer is made of red oak, Russian birch plywood and acrylic. It weighs about 50 pounds empty and has an art deco-inspired paint job.

As of now, Chang has built one case from scratch, one regular computer from scratch and currently maintains two other computers. He keeps them running and upgrades them when he has the chance, with an occasional RAM upgrade, a GPU swap once in a while and monitor repairs.

Although Chang has only scratch built one case so far, he plans to build another after college applications are due. His next project is a computer for college, as the one he just built is too big to take with him.

“It’s a design I’ve been working on [that] I think is an incredible leap from your normal computer design,” said Chang.

For the past five years, Chang’s family has watched him grow in his hobby and is always there to support him.

“My family probably thinks I’m a bit nuts, but they support me a lot,” said Chang. “[They provide] funding, transport [and give me] assistance with heavy lifting. A lot of what I do is possible because my parents like seeing me do things I enjoy.”

Chang always stays positive and continues to chip away at his current project, never giving up and relentlessly pushing to improve.

“‘No compromise’ is a motto that I try to work by,” Chang said. “I haven’t quite reached it yet, but I’m not going to give up easily.”