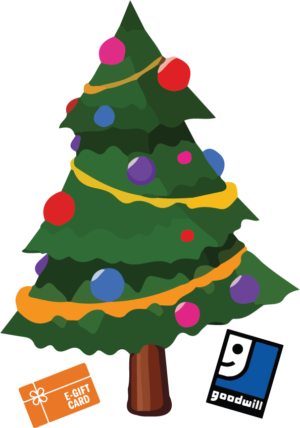 As I stepped into Target, a blast of Christmas music filled my ears and I looked at the rows of holiday decorations, the store decked out in red, white and green. When I was little, I would obsess over all of the toys and candy that stores would be stocked up on because I wanted them all.

But whenever I would get a new toy for Christmas, it would usually be covered in dust at the back of my desk by the time February rolls around. A couple of months or years later it ended up in the trash or was sent to Goodwill.

According to Stanford University, Americans throw away 25 percent more trash during the Thanksgiving to New Year's holiday period than any other time of year, totaling over 25 million tons of trash that is created in under two months.

During the holiday seasons, many people end up buying many products that they only use once, such as Christmas decorations or gag gifts. While such gifts do bring instantaneous happiness and humor, they ultimately will be harmful in the long run because of the environmental impact.

Some ways to decrease the amount of waste created include recycling newspapers as wrapping paper or reusing gift bags from previous years. Another great way is to give e-gift cards instead of physical ones. Many times, physical cards costing $5 or $10 are thrown away after the recipient opens them, creating unnecessary tons of plastic waste. Often, the packaging of gifts accounts for 65% of the trash produced in households. By buying electronically or second-hand, it could potentially reduce the waste created.

An even better way to express love instead of traditional gifts could be by spending quality time with others. While it may not be possible during this pandemic, going ice skating with friends or having a movie sleepover creates memories that have no significant impact on the environment.

Additionally, while many people might think that buying an artificial Christmas tree is better for the environment, a real Christmas tree actually produces less of a carbon footprint. Yearly, U.S. consumers purchase over 10 million artificial trees. Considering that they are usually made of plastic, this creates a lot of landfill waste. On the other hand, buying real trees will help support local forests and growers, and when one is cut down, it is replaced by a seedling.

Although this year’s festivities will no doubt be reduced, it is still important to be mindful when purchasing products and think about the impact they will have on the planet as they rot in a landfill for the next hundred or more years.