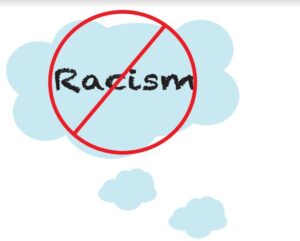 Permalink
In many modern retellings of historical stories or period pieces, the creators make revisionist choices that can be misrepresentative.

After Season 2 of “Bridgerton” — a Netflix period drama based on a historical fiction book series by Julia Quinn — was released, many viewers commented on the positive experience they had while watching the show, especially South Asian viewers who felt their culture was accurately portrayed and respected. But although Season 2 did a great job of exploring race, the first season of “Bridgerton” still contains a problematic take on race relations in the regency era.

One element that sets “Bridgerton” apart from other period dramas was its colorblind casting. For this reason, many white characters were played by non-white actors.

For starters, Simon Basset and Lady Danbury are played by Black actors. However, in Julia Quinn’s book series, both Basset and Danbury are described as white. Basset and Danbury’s race being changed in the show doesn’t affect their characters, unlike Queen Charlotte who is played by a Black actress, even though her real-life counterpart was white. Charlotte’s race is central to her role on the show: In the “Bridgerton” universe, Charlotte is a Black woman whom King George III was so enamored with that he married. Both Charlotte and George III are historical figures. However, their portrayals are not historically accurate.

This is where the race problem in “Bridgerton” begins — rewriting history to frame George III as a hero gives viewers a warped and untrue representation, painting him as a savior of minority communities when in reality he was nothing close to it.

In the fourth episode of Season 1, “An Affair of Honor,” Danbury asserts that “we were two separate societies, divided by color, until a king fell in love with one of us.”

This exchange leads viewers to believe that their marriage ended racism in the regency era, allowing people of all races to live in Europe as nobles, romanticizing the era and character, while completely ignoring George III’s massive impact on the slave trade and his contributions to racism. In reality, he opposed abolitionist sentiments and even pushed legislation prohibiting the abolition of the slave trade.

The implication that George III’s actions bridged the racial divide and ended racism is problematic and a misrepresentation. This phenomenon, known as historical revisionism, absolves historical figures of their misdoings.

Other colorblind pieces of media like “Hamilton” have been criticized for historical revisionism and erasure. In “Hamilton,” since the majority of the cast is non-white, the issue of slavery is briefly touched upon but not central to the story.

Daveed Diggs, a Black cast member of Hamilton who portrayed the Marquis de Lafayette and Thomas Jefferson, addressed the issue of omitting slavery in an interview with Bustle.

“There’s the issue of like, what did [Lin Manuel Miranda] and [Thomas Kail] and Jeffrey Sellers, and a whole crew of mostly white producers have the capacity to tell honestly?” Diggs said. “What parts of the story were ones that they could comment on in any sort of real, grounded way?”

Diggs’ comment can be applied to “Bridgerton” as well: What can a crew of white writers say about racism in an accurate way? It is ethically suspect for a white crew to turn a racist king into a champion of equality.

Writers must make a choice between being faithful to the historical characters they choose to represent or creating fictional characters. Neither of these options would have detrimental effects on the plot. If George III and Charlotte became King Linus and Queen Rachel, the show wouldn’t lose any substance and it wouldn’t rewrite history either.

Historical revisionism is a dangerous trap that writers should try to avoid, especially in time periods where race is a delicate issue. Since period dramas and historical fiction continue to climb in popularity, it’s important for writers to keep integrity in mind throughout the writing process.