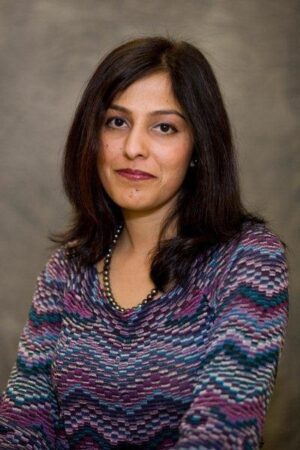 Two reporters spoke with a local dietitian to see what she had to say about popular diets and the trends surrounding them.

The grapefruit diet, the cotton ball diet, apple cider vinegar and wrapping yourself in plastic wrap — these are just a few of the popular trends advertising weight loss among teenagers that have spread across social media platforms.

The Falcon spoke with Aparna Ramadurai, a registered dietitian who primarily works with teenagers with eating disorders in the Bay Area, to learn more about these diet trends. Ramadurai also is the director of nutrition at the Healthy Teen Project in Los Altos, a day program for supporting teens with eating disorders and dieting problems through recovery.

Apple cider vinegar’s popularity skyrocketed over the past couple of years after being promoted as a weight-loss hack. Users mix it into salad dressings, dilute and drink it as a beverage or utilize it in cocktails tailored to accelerate weight loss.

“I know people have claimed that it’s helpful in losing weight,” Ramadurai said. “But there is no research or scientific evidence that it is helpful in the general population.”

Apple cider vinegar is also commonly said to kill harmful bacteria, lower blood sugar levels and boost skin health, but she said there have been no studies to support the first two claims. Likewise, Ramadurai encourages people to use apple cider vinegar in small amounts instead of dousing it on every food they eat, as misusing or overusing the ingredient can impact the pH of the blood. A damaged pH has negative effects on the body, including digestive issues and burns.

Overnight oats, another trend, gained popularity as TikTok and Instagram content creators shared their own home-made overnight oats, making a variety of flavors like peanut butter, chocolate chip and berry.

Oats, which contain fiber and B vitamins, are a great breakfast food to start the day, Ramadurai said; however, people can go too far.

“You could be obsessed with it, and not eat anything else but the overnight oats for breakfast every day,” Ramadurai said. “As long as it’s a normal lifestyle where you’re including it as a part of a variety of things that you’re eating, I think its effects will be beneficial.”

Ramadurai also noted that people who make low-calorie versions of oats, with just water, for example, end up missing out on a lot of fulfilling nutrients that they could get if they added other ingredients, such as nuts, milk and fruit.

The last rising trend we discussed was the trend of incorporating seeds such as hemp and flax into  meals. They are often seen mixed into smoothies, sauteéd with vegetables, or sprinkled on just about everything, and according to Ramadurai, rightfully so. She says seeds are a great way to get fat into your body, as long as they’re used in moderation with other healthy fats, such as olive oil, avocados or nuts.

During the interview, The Falcon also consulted Ramadurai about her opinion on different trendy diets.

Although she believes a few of these diets can be effective tools for weight-loss, Ramadurai recommends against restrictive dieting, especially with her younger clients. Children between 12 to 17 are in a period of rapid growth and it's important for them to get the nutrients they need, such as calcium to support bone health. Instead of thinking about restrictive behaviors, she said, teens should prioritize their nutritional intake, as their teenage years monumentally influence their health for years to come.

As a general rule, Ramudrai believes that a majority of extreme diets fail over the long term. As a rule, people regain weight after they cease their diet, which leads them to resort to self-blame for not following a diet or cleanse properly, throwing them into a vicious cycle of guilt. However, Ramadurai also said that there are healthy ways to diet, such as adding juices to meals in order to get in enough servings of fruits and vegetables.

According to Ramadurai, under the supervision of a family member or friend who ensures that the user is getting the right nutrition and eating a sustainable amount of food, intermittent fasting can provide health benefits such as improving metabolism and reducing insulin resistance, an abnormal response to insulin that can eventually lead to Type 2 Diabetes.

However, Ramadurai said that issues arise when users choose to not eat all day or just eat one meal under the premise of intermittent fasting. A healthy way to practice this diet is to eat breakfast around 11 a.m. and finish the last meal by 7 p.m. Since it is a less drastic diet, Ramadurai feels that it is still doable as long as they are still able to meet their nutritional needs.

When compared to intermittent fasting, Ramadurai said that vegan and vegetarian diets are not the best choice if the participant’s prime motive to diet has to do with looking a certain way or losing weight. However, she believes it may be justified if somebody chooses to be cautious of carbon footprints or animal welfare.

“Paleo diets tend to drive me crazy because we are pretty advanced in every aspect of our lives, especially technology, and it's annoying when people say: I'm doing what our ancestors did,” Ramadurai said. “You choose to be advanced with other stuff, yet you decide to choose to eat the food that the cavemen did a long, long time ago.”

Ramadurai stresses the importance of eating different kinds of food and celebrating them instead of demonizing them. Additionally, she believes a majority of people participating in Paleo diets have a higher risk of falling sick by eating only meats and vegetables and cutting out most of the dairy and carb products that their bodies are used to digesting on a regular basis.

Ramadurai said she also disapproves of the Keto diet, which cuts out carbohydrates and instead opts to increase intake of healthy fats.  Although it has been promoted by many celebrities, Ramadurai does not recommend it, as carbs are the brain’s primary sources of energy and provide key nutrients for bones and muscles.

“I know a lot of people are trying the Keto diet [during quarantine] because they aren’t very active and are eating too many carbohydrates,”  Ramadurai said. “But what people don't realize is even when we are quarantining, we are still doing a lot of the things we do in our everyday lives including walking our dogs and doing our jobs. These all require energy, a lot of which we get from carbs.”

Ramadurai said her philosophy is to eat a balanced meal consisting of fruits, vegetables, grains and dairy. Even when a person is trying to lose weight, Ramadurai recommends still having a balanced diet while also exercising and adjusting portion sizes as needed per person.

With hundreds of weight-loss tips and products promoted by celebrities and social media influencers, The Falcon also conversed with Ramadurai to learn more about the authenticity of these weight loss aides.

Kim Kardashian’s appetite-suppressing lollipops post is a prime example of this.  Ramadurai said this example shows why teens should choose the influencers they follow wisely. She said that although some promote weight loss in an unhealthy way, other influencers help their followers create a better connection with their food.

“My older daughter once pointed out how, in her movie ‘Miss Americana,’ Taylor Swift openly talks about her eating disorder and her relationship with food,” Ramadurai said. “She could be a really good person to emulate when you look at trend setters and people that you could be influenced by, versus somebody like the Kardashian sisters who are promoting these lollipops, which contain chemicals that aren’t necessarily healthy for you.”

Diet culture and its deleterious effects

Ramadurai said that dieting fads contribute to a toxic and overhyped diet culture whose effects can be detrimental upon the bodies and mental health of many teenagers. She says that labeling foods as “good” or “bad,”  or “healthy” or “unhealthy,” constitutes a major part of this issue.

Whether it is a “what to or what not to eat to lose weight” video or a “what I eat in the day,” teens get a notion that in order to be as thin or as pretty as influencers, they must follow what they eat or reduce their portion sizes to match. Although many famous food TikTokers such as @jeremyscheck, @shreyacookssss and @thekoreanvegan attempt to combat this culture in their videos, even some of the app’s leading content creators further push the idea that foods are either bad or good.

“As soon as you label food good or bad, it puts a price tag on it almost, where fruits and vegetables are in the good category and chips and other things are in the bad category,” Ramadurai said. “When you label something like that, it makes it formidable, like you shouldn’t eat chips. When you start avoiding foods like that, it gives rise to disordered eating thoughts and behaviors.”

Ramadurai said that students should be aware of the drawbacks of certain diets and aim to personalize their diet rather than base it strictly off of those popularized by influencers. If students would like to follow a diet, she said that they should first do research on the validity of the diet before blindly following it.