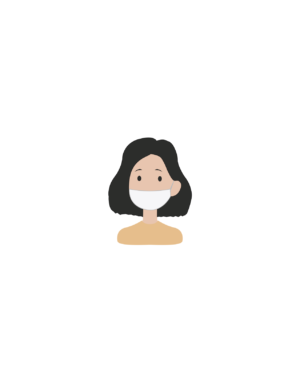 According to a video posted on Radio Taiwan International on Feb. 27, garlic sales in Yunlin, Taiwan, had increased by 20 percent and the sale of garlic essence had doubled, with the latter out of stock for the last three weeks.

This new garlic obsession was spurred on by the belief that garlic can cure COVID-19; however, this was one of several misconceptions debunked by the World Health Organization (WHO) article entitled “Myth Busters.”

Similar hoaxes about the virus have spread locally.

“I’ve heard of different hoaxes like putting an onion in your house and drinking hot water will keep the virus away,” sophomore Cheryl Wu said. “I see all of these on Subtle Asian Traits.”

Now, more than ever, it is important to stay informed of the facts and what safety precautions to take in order to stay protected.

While some students, like sophomore Paula Nyugen have completely avoided going outside, others, such as sophomore Patricia Huang, take precautions when leaving the house.

“I walk my dog in the neighborhood,” Huang said. “So far, I haven’t seen anyone not social distancing.”

While some teens may believe that COVID-19 will not affect them, there are many reasons they should still care about being informed, including for the safety of their family members.

“At first, it was shocking that everything was shutting down,” sophomore Brook Hyunh said. “I was not scared for myself, but I was scared of being a carrier for my grandparents and people who are more at risk.”

On top of being at risk of becoming a carrier, teens are also at risk of experiencing severe symptoms themselves. According to a New York Times article, a study done on more than 2,000 infected children in China showed 125 of them got severely ill, with some on the verge of respiratory or organ failure.

Yanfei Chen, an internal medicine specialist who currently works in Emante Health Intercommunity Hospital in Anaheim, attests to the importance of enforcing the quarantine, calling it the most important precaution people can take.

“The best way to prevent illness is to avoid being exposed to the virus,” Chen told The Falcon in a phone interview. “Stay at home and make sure to social distance.”

Most people have already heard about the importance of washing their hands, but it is important to do more than put them under running water.

According to a handwashing procedure released by the Centers for Disease Control and Prevention (CDC), people need to wash their hands under running water because hands can get contaminated in a basin of standing water.

Then, they need to lather and scrub their hands for at least 20 seconds with any type of soap, because studies have shown no difference between the use of antibacterial and regular soap, and rinse again under running water. Finally, people need to make sure to dry their hands because germs can be transferred more easily from wet hands.

Unlike handwashing, the use of face masks has been a controversial safety precaution. At the beginning of the pandemic, the CDC recommended against the use of masks for people who didn’t feel sick; that advice changed on April 3, when the Trump administration announced that the CDC is now recommending everyone to use cloth face coverings in public areas.

According to National Public Radio (NPR), the reason for the change was more evidence that presymptomatic and asymptomatic carriers can spread the disease. The article also mentions that although N95 respirators are the best masks to use, the general public is advised against trying to secure them due to a lack of supply for medical workers.

Some students have taken the CDC recommendation, but they are taking further measures themselves. Sophomore Angela Li has masks but said that she is avoiding going outside and using them in order to conserve supplies for medical staff.

“I would probably wear them outside, since they do offer some degree of protection, but stay inside for as long as possible right now,” she said. “Masks are in short supply right now and I would want hospital workers to be able to get access to any excess masks civilians can offer them.”

However, this new recommendation raised other worries besides the lack of medical supplies. The wide swing from one end of the spectrum to the other has left many uneasy.

“At the beginning of the whole pandemic, the CDC said that masks weren’t effective,” Hyunh said. “And now they are saying that they are, which is confusing and it concerns me that they are contradicting themselves.”

While the information might continue to change, Chen insists that it is important to continue to follow guidelines from credible sources.

“It takes time for our policymakers to understand the nature of COVID-19,” Chen said. “We should take information from official sources, such as the CDC and hospital guidelines and adjust as the policies change.”

Chen recommends that people follow the guidelines CDC has published for disinfecting households, which include the “routine cleaning” of frequently touched surfaces with household cleaners and EPA-registered disinfectants, as well as the use of either alcohol-based wipes or a 70 percent alcohol spray to disinfect screens.