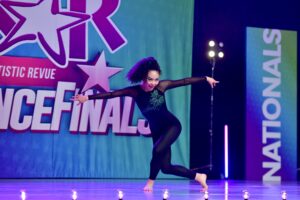 “What sport do you play?”

So goes the conversation I’ve had to endure too many times since I first began dancing at age 3. The blatant confusion that dance should be called a sport coupled with the assumption that dancing is “no sweat” haunts every dancer’s worst nightmares, and more importantly, is false.

Dance holds the label of the world’s top entertainment form and boasts an industry that continues to grow at a high rate today. Despite its prevalence in society, the public remains  focused on more mainstream sports such as basketball, baseball, soccer and swimming, and especially football, America’s No. 1 favorite sport that garners the annual viewership of 38.8 percent of Americans.

It is a disgrace to deem dance a non-sport, considering its exceptional difficulty, significant history and ability to reach a diverse audience.

To clear up misconceptions, we’ll start off with Oxford Language’s definition of a sport: “an activity involving physical exertion and skill in which an individual or team competes against another or others for entertainment.” This is a perfect general description of dance. Yes, dance is, in fact, practiced and performed in teams, which require high levels of cooperation and synchronization to dance together in. Teams compete with one another for placings during the competition season.

Regional, national and international level dance competitions are so prevalent that networks of dance competitions such as “Break the Floor” and “Star Dance Alliance” exist, each one carrying a stream of separate competitions from “NUVO” to “Starpower” to “Kids’ Artistic Revue (KAR).” Team dances — large groups, productions, small groups, trios and duets — and soloists pour into the doors on competition day.

Additionally, most people are oblivious to the fact that dancers undergo the same muscle conditioning and strength training other athletes do, if not more. Just like any other athlete, we exit the dance studio drenched in sweat, craving ice packs and Tiger Balm, with new cramps, sore muscles and bruises.

It takes years of blood, sweat and tears in the studio to develop the control to, for example, turn correctly. Years of consistent and painful stretching, which is often tear-evoking, to achieve flexibility needed for all movements. Years of core work and conditioning for balance and hip-turnout required to extend one’s leg beside their ear and hold it without wobbling, all the while keeping good posture.

Speaking of which, dancers must employ facets of musicality, control and expression on top of sheer athleticism. Every facial expression and movement must be executed with extreme intention to embody a certain emotion, no matter how exhausted the dancer is.

In contrast, it is completely acceptable for a basketball, tennis, or football player to relax their face, fidget absentmindedly or pant in exhaustion in the middle of a game. Dance’s artistic factor demands highly nuanced muscle control from head to toe, making it at least twice as exhausting and legitimate as ball-based sports.

In 2020, dance was officially ranked the most physically demanding job in the US by researchers of Insurance Providers. Researchers analyzed the levels of stamina, strength, coordination and flexibility required for 20 jobs of “hard labor”; while dancers came out on top, athletic sports competitors ranked third.

Members of the “athletic sports competitors” category have even verified dance’s high ranking. Former professional football stars, including Herschel Walker, Lynn Swann and Steve McLendon, took ballet classes on a regular basis to improve their coordination and strengthen their knees, ankles and feet. The intense agility that ballet offered helped players avoid more injuries on the field, according to McLendon. The football stars have all publicly stated that they found ballet much harder than football, highlighting the rigorous physical demands of dance.

Furthermore, while mainstream sports generally adhere to one universal set of rules, dance comes in thousands of forms, such as jazz, ballet, lyrical, contemporary, tap, ballroom, hip hop and folk dancing, among others.

The magnitude of dance stems from its rich history and culture. With roots extending from Europe to Asia to Africa, dance has planted its seeds and blossomed in all continents and their countries, hence the birth of hundreds of folk and ethnic dances.

The earliest forms of dance dates back to 3300 B.C.E. with spiritual purposes. Influenced by devotion to God and Shaman, dances inspired unity among the earliest peoples. During the Middle Ages, dance would become an elite art form associated with the highest social level. Elegant styles of court dancing and especially ballet rose to prominence in later centuries, thus moving the art form of dance into the theater.

These numerous styles open countless paths and opportunities for those pursuing dance, and audience members have a vivid variety of options to watch. As a result, dance accumulates a broad audience and high amount of participation, which has, in fact, grown steadfastly even during the pandemic.

Because each dance style continuously evolves with time and society, dance has solidified long-term relevance, whereas other sports, with their static procedure and approach, are not built to last or entertain everyone.

Still, dance rarely gets the respect it deserves, largely due to trending social media apps, the most prominent being TikTok. You heard me right: TikTok is a disgrace to dancing.

Extremely simplistic hand motions and inappropriate moves have skyrocketed in popularity on TikTok, making dance seem like cheap, low-level entertainment when it is anything but. Therefore, many have internalized a misinterpretation of the term “dance,” disregarding the fact that dance encompasses a massive array of different, difficult styles.

Regardless of the style and time period, dance has always been known for its ability to convey individuality and highlight sophisticated feelings and thoughts.

Although dance has been manipulated into questionable portrayals in modern-day society, the global impact, long legacy and athleticism of dance are unmatched.

But is it a sport? Absolutely. Do not underestimate the pointe shoe; it’s tough and sturdy as a rock. Trust me, I know from personal experience.