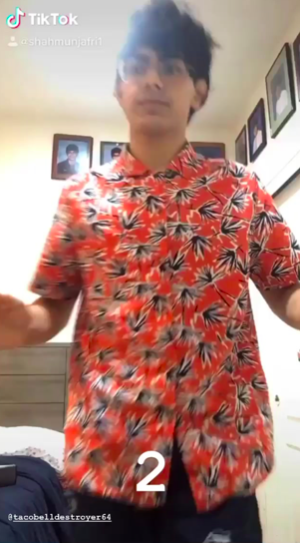 With the school closed due to COVID-19, school commissions are finding new ways to spread positivity and school spirit.

The dance commission took the lead and announced the school’s first online event — a TikTok competition — during the first week of online schooling. The competition lasted from March 24-29, during which commission members senior Lillian Wang, senior Ashleigh Abe and sophomore Kaylie Wong encouraged students to submit their best TikTok videos, provided that they were school appropriate.

In recent years during second semester, the dance commission has hosted  Quadside Lands, a mini festival where students sing and play instruments, but with the school closed, they had to think of a different activity.

“We wanted to create something fun and exciting for the student body, to keep them occupied and also positive during this chaotic time,” Wong said. “With school closed due to COVID-19, Quadside Lands is obviously canceled, but we wanted to keep the spirit of that alive.”

On March 31, the commission released a Google Form on their Instagram page, @shsdance.co, for students to vote for their favorite of the 17 submitted videos. One hundred and one students voted, with junior Shahmun Jafri; junior Erica Lee and her group consisting of juniors Emily Choi, Cynthia Zhang, Danielle Moon, Isabelle Lee, Tabitha Hulme, Jessie Zhou, Kaitlyn Yu and Shannon Ji; and junior Juan Vintimilla placing first through third, respectively.

For Jafri, competing was a fun way to pass time during the shelter-in-place, and he encourages students to participate in future events in order to connect with others. Jafri’s video was a  parody of the classic “Renegade” dance popular on TikTok; it is a quick routine of specific arm and upper body movements paired to rapper K CAMP’s song “Lottery.”

“Competing benefits people because we are in a time where we are separated from friends, and social media — not just TikTok — helps us come together,” Jafri said. “If you’re bored, it’s a good study break.”

Lee said competing in the contest was a way to bond with her friends even when they could not see each other in person. Their submission mimicked a video game where each member of the group was a character with a list of their traits posted underneath.

“I miss my friends so much, so it was fun to work on it together and spend time together from our own homes,” Lee said.

Third-place winner Vintimilla decided to participate in order to connect others through humor specific to the Saratoga High experience. His video poked fun at the class of 2022 by portraying himself as a sophomore attempting to leave campus at lunch, only to turn back after seeing campus supervisor Mark Hernandez in the parking lot.

In the coming weeks, the dance commission plans to host another TikTok contest, said Abe, who described this competition as a “trial run.” She hopes that participation will increase in future events because people will be more comfortable with sharing their videos after seeing the results of the TikTok competition.

“We encourage students to organize and participate in events like these because, in some ways, it brings the classes together,” Wong said.