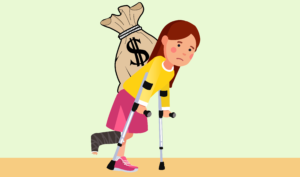 Saratoga is a relatively progressive school; students advocate for political issues such as women’s abortion rights and the #MeToo Movement, and participation is prevalent in movements like Culture of Consent. But while all of these are worth supporting, universal health care — in its currently proposed form in the U.S. — is not.

Simply put, there is currently no universal health care here — and it should remain that way. The health care system is supported by both private and public insurance programs such as Anthem, Blue Cross Blue Shield, Medicare and Medicaid.

In 2019 alone, the national health care expenditure in the U.S. was $11,582 per person, while the average U.S. household income was $67,521. This means, on average, Americans and their employers spend over 17% of their yearly income on health care-related expenses. So, when over half the U.S. population lives mostly paycheck to paycheck and surgery bills average in the tens of thousands of dollars, people who cannot afford hefty healthcare bills avoid seeking medical care.

While “free” or universal health care is a seemingly simple solution to the cause of 18% of Americans’ debt, the unintended consequences risk outweighing the benefits.

In 2020, the federal government collected over $3.42 trillion in tax revenue, yet this amount wouldn’t even cover a year’s worth of medical expenses — a total of over $3.8 trillion. To satisfy the bills of over 130 million people who visit the Emergency Room each year, workers would need to pay an extra 21.2 percent payroll tax in addition to current taxes.

Government-run health care would displace privately owned hospitals and medical insurance companies, and most medical professionals would not be happy with the result.

For one, being on the government’s payroll through tax income would leave a flawed pay system in dispute. The process of determining salaries of surgeons, pediatricians, nurses and various other hospital workers would vary, much like the varying minimum wage across states.

Under a single-payer system, the government would lower payments to hospitals and cut provider payments by around 40% compared to private health insurance. This would lower the money for physician salaries by nearly 30%, disincentivizing our best and brightest from going into an already demanding profession that requires many years of education beyond a bachelor’s degree.

In terms of doctor and nurse compensation, should salaries have a sort of minimum wage and also be tied to the cost of living of an area? What specialties deserve to make more money? Should salaries be determined on observable performance metrics such as mortality rates of patients?

Currently, doctors working for private practices can charge whatever they want, and usually, the price depends on their level of expertise. Under universal health care, however, salaries would be proportional mainly to a doctor’s seniority and the number of patients doctors see or hours they work.

So, if Doctor A is a skilled surgeon who can perform complicated surgeries and Doctor B is a bad doctor who has received multiple malpractice suits, you would expect Doctor A to make more. But, if Doctors A and B both have 20 years of experience, they would be making roughly the same, as they have the same amount of “experience.”

A lack of reward for the long hours doctors put in during residency and medical school would also likely slow the influx of students interested in becoming doctors, adding to the already growing shortage of physicians in the U.S. Why would they sacrifice their quality of life — earning the same income as the average U.S. citizen during their residency — to do a job 15 times as stressful?

Plenty of tough medically related decisions are then left to the broken system to decide. If a person is chronically ill, should they still be entitled to free treatment until they pass away?

If the answer to that question is yes, to what extent does free healthcare apply to patients? On average, cancer treatment costs nearly $150,000 per patient with some cancers such as mesothelioma having a mortality rate of 92.8%. Would a patient with an expensive mesothelioma treatment plan still be covered?

In countries with universal health care, such as Sweden, Japan and Canada, many single-payer health care systems have set budget caps. When the cap is met or exceeded, many patients requiring treatment are forced to wait until the next fiscal budget is released, forcing people to resort to paying out of pocket for non-emergent procedures and leaving many requiring medical attention with lower qualities of care.

If there are two treatment pathways for a patient, with one being more effective but also more expensive, would the patient be forced to pick the less effective and less expensive option?

In January, 266 complicated, high-risk procedures were removed from the inpatient-only list. However, as these procedures are not approved by the government to be performed anywhere, patients in need of these procedures are unable to receive them even outside of a hospital setting, forcing them to pay more on an outpatient basis.

Over 25% of Medicare spending in the U.S. is spent on people in the last year of their lives. Does spending almost $19 billion yearly on hospice make sense if it means cost-cutting treatment for healthy patients?

While I agree that healthcare is an essential human right, current plans to save people from the zeroes on their medical bills are flawed and unrealistic.

An alternative to “free” health care proposals is to incorporate specific health care subsidies (similar to the Affordable Care Act) and have people pay for certain percentages of their hospital bills according to income (similar to the current US progressive tax system).

For instance, if a person’s net worth or yearly income is below $25,000 (minimum wage annual salary is roughly $15,000 a year pre-tax), they would pay 5% of their medical bills and the health care system would cover the rest. As a person’s pretax income or net worth rises, the percentage they pay of their medical bill rises until they pay in full with a net worth of $11.1 million or annual income of $750k or higher.

This system still has many exceptions where coverage does not apply. For instance, if it can be proved that someone is purposefully ignorant of their health to abuse the system (ex: going rock climbing without a harness for the thrill of it, because treatment is going to be cheap) or if a person wants unnecessary cosmetic surgery, they would have to pay out of pocket.

For treatments that cost over $50,000, the amount a person pays for treatment is capped at 10% of their income for all income levels. This prevents people in lower-income levels to be forced to pay their entire yearly income to health care bills, even with the 5% bill rate.