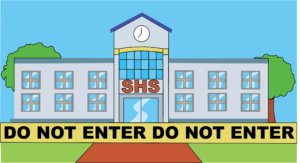 After Santa Clara County and most of the state shifted back into the purple tier of a color-coded tracking system in mid-November, the district will not transition to Phase 3 hybrid education in January, as officials initially hoped, according to an email sent to the community by superintendent Dr. Michael Grove on Nov. 20. Instead, the school will consider proceeding with Phase 3 later in second semester, potentially in March or April as coronavirus conditions improve.

The district introduced the four-phase plan for returning to campus at the beginning of the school year. The school year began in Phase 1 with all students in remote learning. In Phase 2, which began in the fall, the school brought back specific groups of students in small stable cohorts. Phase 3 involves bringing back all students into a hybrid learning model, and Phase 4 would consist of bringing all students back for full-time in-person learning. The schedule for reopening is influenced by the tier the county is in.

The district entered Phase 2B of the four-phase plan on Nov. 9, but due to the recent surge in COVID-19 cases, they cannot transition into Phase 3. Until the county moves out of the purple tier and it is determined that the potential benefits of the Phase 3 model outweigh the risks, the district will remain in Phase 2B. SHS will allow the same small cohorts on campus, but may not reopen to more students until Santa Clara County has been in the red tier for at least two weeks.

According to Grove, the district also needs to solicit more feedback from staff, students and families before they make a decision on potential implementation and timeframe.

He said it is crucial to keep an eye on the community health status as most public health experts are predicting a post-holiday surge in new COVID-19 cases.

Even before the recent announcement, many teachers didn’t favor Phase 3 anytime soon.

“I would not feel comfortable returning to Phase 3 in January given the health risks and the questions still surrounding a potential hybrid model,” English 10 teacher Melissa Hesselgrave said.

After being in remote learning for almost nine months, sophomore Anusha Neerkundar said she misses being on campus.

She said she misses walking into different rooms, seeing someone she didn’t expect there and starting a conversation with them. It’s small interactions like these she values most from in-person school.

“I miss just being at school,” Neerkundar said. “The atmosphere there is something that cannot be replicated by online school. Just having short conversations in class with the people next to you or walking from place to place with friends are things I miss.”

However, the district’s inability to move forward with Phase 3 in January did not come as a surprise to her.

“This whole situation is still so new to us and it is likely to get worse before it gets better,” Neerkundar said.  “I thought it was more of a hope or a dream to come back to school in January rather than a reality.”

Principal Greg Louie said he has received emails from students, staff and parents in response to the delay of Phase 3, expressing their appreciation at the district’s attempts at ensuring their safety.

Louie, who has worked at the school daily since the pandemic began, said it is likely going to be a couple more months of  remote learning before the school can officially have significantly larger numbers back on campus. Still, he looks forward to the day students and staff return.

“I think it’s getting really close to the fact that I’ve been principal of an empty school at Saratoga almost as long as a principal with students at Saratoga,” Louie said. “I’m super excited to walk out my door and see hundreds of students and dozens of staff members interacting. Right now sometimes there’s more wildlife here than people.”