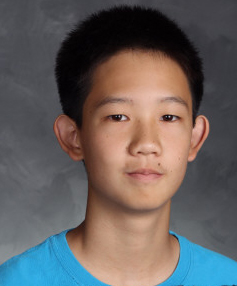 You can call me uncultured or tell me to get lost, but I was never much of a TV person.

You can call me uncultured or tell me to get lost, but I was never much of a TV person. I had never followed a TV show other than “Teen Titans” up until last summer. Indeed, my life under the rock was so severe, I had never even heard of “How I Met Your Mother.”
My only exposure to “Breaking Bad” was former chemistry teacher Bob Kucer, who bears an uncanny resemblance to the drug-selling chemistry genius, Walter White, and often referenced the show in his class.
I didn’t know what I was missing.
Last summer, I discovered “Community,” a show that centers around smarmy lawyer Jeff Winger and his eccentric study group. “Community” is chock-full of satirical references to other shows.
The show’s organization, with a group of misfits who regularly meet at a table, references “The Breakfast Club.” Abed Nadir (Danny Pudi), the half-Iranian, half-Polish 20-something eclectic whose entire life revolves around pop culture, even randomly shouts quotes from “The Breakfast Club” in the pilot episode.
But the pop-culture references aren’t the most alluring trait for me. I don’t understand half of them, given that my TV experience is so limited. What makes “Community” so great is the characters; each and every main character changes, and all their personalities are unique and colorful.
Perhaps the most defining trait of “Community” is its diversity. Granted, a majority of television shows include a blend of races and religion, but “Community” really leads the pack in this “race.”
Take, for example, Shirley Bennett (Yvette Nicole Brown), a divorced, black housewife whose tone of voice frequently changes from threatening to sweet. “So, why do you hate me and Jesus?” is a common Shirley refrain.
Throughout the series, Shirley becomes more accepting of different religions as she spends time with Troy (Jehovah’s Witness), Britta (atheist), Jeff (agnostic), Abed ( Muslim), Annie (Jewish) and Pierce (some kind of cult).
A crazy Asian man, Señor Chang (Ken Jeong), the Spanish teacher in season one, also assaults stereotypes. “Every once in a while, a student will come up to me and ask, Senor Chang, why do you teach spanish,” he says, giggling menacingly in the way only Senor Chang can. “…why not math, why not photography, why not martial arts. Now I don’t want to have, any conversations, about what a mee-steerious, een-scruutable man I am.” He snarls, “I AM A SPANISH GENIUS. En espanol, my nickname is EL TIGRE CHINO.”
Of course, it later turns out (to no one’s surprise) that Chang is not a “spanish genius.” Jeong’s “Community” character is quite similar to his in The Hangover (you know, the naked guy who crawls out of the car trunk). Chang is anything but the stereotypical Asian.
This diversity is also frequently highlighted by Pierce (Chevy Chase), the homophobic, racist, retired billionaire. Pierce is nearly always politically incorrect, and not always by accident.
When asked to draw a windmill, he draws a swastika, to the disgust of everyone else in the room. He calls Abed (pronounced “Ah-Bed”) “Ay-Bed the Ay-rab” when they first meet, and proceeds to butcher the names of the rest of the group. The least likable member of the group, Pierce’s brand of “Family Guy”-esque humor is nonetheless an important aspect of the show.
Unfortunately, Chase will be leaving the show for the fourth and possibly final season, probably due to a dispute with the show’s former executive producer, Dan Harmon (who has also left the show). “Community” has promised six seasons and a movie, but I worry that the fourth season will disappoint. It was originally scheduled to come out last October, but it has been delayed until Feb. 7. The cult-like fan base, myself included, can only hope that the behind the scenes turmoil doesn’t affect the show.
It’ll be tragic if “Community”dies. “Community” presents 20-minutes of thoughtful comedy every week, a rarity in these dark days of reality shows. Its morals and themes are powerful, and its characters lovable. “Community” has also been my gateway show; it’s literally opened the world of TV to me.
After finishing all the seasons of Community, I’m up to speed on Parks and Recreation, and I just finished Season 5 of How I Met Your Mother. An episode a day keeps the frowns away, as I like to say. Or, as my mom puts it, three episodes a day and I’ll take your laptop away.
1 view this week