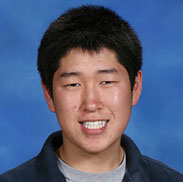 I spent a week crossing my fingers, hoping I wouldn’t catch the bug my sniffling and coughing classmates were spreading. Unfortunately, I woke up with a full-blown cold in no time, feeling the worst I’d ever felt for months.

I spent a week crossing my fingers, hoping I wouldn’t catch the bug my sniffling and coughing classmates were spreading. Unfortunately, I woke up with a full-blown cold in no time, feeling the worst I’d ever felt for months.

Normally, I let my colds naturally pass since choking down nasty cherry liquid isn’t my cup of tea. But after three days of a relentless stuffy nose and painful sore throat, I headed to Longs in search of a remedy. Thanks to 7th grade biology, I was wellaware that science had yet to discover an instant cure for the common cold, but either way, I was going to get the most efficient medicine the store could offer. I sorted through Benadryl, Tylenol, Nyquil and a whole shelf packed with mundane brand names, but none of them sounded like they’d suffice my need until I came across Zicam.

Zicam isn’t the average pill or liquid menthol most cold medicines come in the form of today. In fact, Zicam is a gel that gets shot into the nose through a bottle, which at first didn’t sound too bad. Actually, it sounded a bit more exciting than the average choke-down pill, and a plus was that it was one of those products that looked like it would work because the company widely advertised it on television. Cold medicine is cold medicine, and from my experience, you can’t go wrong with a product that maintains a five-star rating on Amazon.com.

Before I made my purchase, I scanned the back of the box. Nothing really stood out, except for the part that said I might experience temporary discomfort “such as burning, stinging, sneezing or increased nasal discharge.” It didn’t say “permanent” anywhere, and if it weren’t for the bold tagline on the box, “Get over your cold faster,” I probably would’ve left it behind because of its 12 dollar price tag.

I made my purchase, and as soon as I got home, I did an immediate product test, following the discreet instructions on the side of the box. Low and behold, Zicam cleared my sinuses, stopped my coughing and got rid of my sore throat, all without any noticeable burning and stinging! I felt ecstatic and as good as new within a couple minutes, except for one thing: I still couldn’t smell or taste anything.

Out of curiosity, I looked to the Internet to diagnose why I was unable to smell and was shocked by what I saw. The first page of results Google gave me showed lawsuits, warnings and news reports describing cases in which people experienced a permanent loss of smell, or anosmia, after using Zicam.

And then I flipped out.

Just like that, I lost my sense of smell to something that was made to cure my cold; a 12 dollar tube of gel took a lifetime of smelling and tasting taken away in less than 10 seconds.

I couldn’t believe it, literally, so I decided to crack down on Zicam. Investigating the issue on a more in-depth level and under a state of paranoia, I looked up the main active ingredient in Zicam, Zincum Gluconicum, and discovered that along with other zinc compounds, the active ingredient can indeed incinerate the nasal tissue. The strange thing was that I didn’t feel a burning, but then again, how would I know if I could even feel my nasal tissue burning? I certainly couldn’t smell it at that point.

It was already Friday night, past Zicam customer service hours, so I wasn’t able to demand an explanation for their product’s unexplained side-effects. I did a background check on the company, and apparently, even after they paid off numerous lawsuits, they denied responsibility for anosmia caused in many patients. The other disturbing thought I had was that this product was being passed around without an Food and Drug Administration (FDA)-approved stamp on the carton, especially since it was being advertised on national television.

By Monday, I was able to speak with a Zicam representative, learning that after numerous tests, Zicam had yet to be linked to anosmia, and that Zincum Gluconicum was used to create an environment in which cold viruses could not survive. The representative was able to offer me a refund for my purchase, but this did little to ease the discomfort. After about two weeks, however, with only one dose of Zicam to the nose, I was over my cold, and luckily, I could finally smell and taste again.

Although lab tests have yet to directly link Zicam with anosmia, I don’t plan on using the product or anything that shoots gel up my nose for that matter, especially with the disturbing testimonies of users who used Zicam and incinerated their nasal tissues. Lesson learned: Let the cold subside naturally, and if temporary relief is absolutely necessary, double-check that the medicine is FDA-approved!

Now, maybe I was lucky, or the handful of other consumers that have to live without tasting another meal weren’t. For all I know, they could have just shot the gel a little too far up their noses. Regardless, I think this will be the last time I risk one of my five senses for a short-lived common cold.