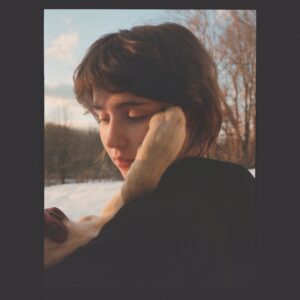 Ever since the release of her debut album “Immunity” in 2019, American singer-songwriter Claire Cottrill, known professionally as Clairo, has become a staple in the emerging bedroom pop scene — a genre defined by simple, catchy melodies. However, her once simple, minimalistic instrumentals have evolved into a full-blown, orchestrated listening experience.

“‘Sling’ is more so the direction I’ve dreamt of making music in and the kind of headspace I want to continue down,” Clairo told Vogue. Recorded with producer Jack Antonoff, “Sling” represents the transition from adolescence to adulthood, with Clairo showcasing themes of innocence and vulnerability through light instrumentals and alluring harmonies.

Standout single “Amoeba” contains elements of self-criticism, with Clairo reflecting on her past by mentioning, “Aren’t you glad that you reside in a hell and in disguise?” Throughout the song, Clairo criticizes her younger self for creating a false persona to impress audiences, a common theme in the entire album.

“[‘Sling’ and ‘Immunity’ represent] different experiences and different periods of my life,” Clairo told Vogue. “It’s hard to find a sound that truly resonates with you until you try a lot of things.”

In particular, “Sling” focuses more on minute instrumentation, revolving around live recordings of pianos, woodwinds, guitars and strings. The drum swings provide a jazzy effect, with elements of the instruments blending together in a melodious fashion.

However, Clairo’s vocal delivery is what brings the entire album together. Each track consists of smooth harmonies and layered vocals, playing off of other melodies and instruments in a call-and-response format.

“My process was different for this record,” Clairo told Vogue. “I started to mess with the piano a little bit, and I’d never done that before. It’s fun when you have no idea what you’re doing, but at the end of the day, you end up liking what you did.”

Especially in tracks “Blouse” and “Joanie,” the vulnerability of her work is demonstrated through purposefully raw recordings, implementing imperfections in a fleshed-out manner. Many of the pitches are adjusted by the slightest to present a sense of humanity.

Building off her impactful lyrics, Clairo creates a natural sound by blending together elements of a track. Stripped of traditional instrumentation, she relies on simplicity to deliver the most powerful moments of the album.

While elements of “Sling” seem less produced and more unprocessed, Clairo takes a step forward in her musical journey, connecting to listeners on a personal level rather than simply releasing repetitive, mainstream sounds.

“I want to make another album like this, and that feels really exciting because that means I’ve found something that works for me,” Clairo told Vogue. “If something resonates with [listeners], that’s all I can really ask for.”