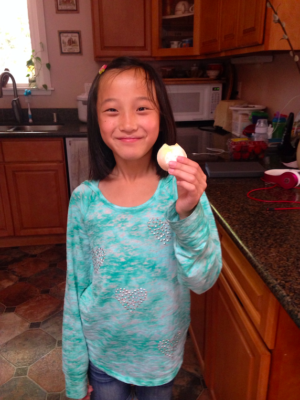 At lunch, when the rest of the Foothill Elementary School 5th graders ran around swinging from monkey bars and dribbling basketballs, my friends and I sat on a bench, crumpled pieces of paper in our grubby hands, battling our invisible Pokémon. It didn’t matter that we looked absolutely crazy as we shouted out complicated names and moves among ourselves. As the rest of the school laughed and played around us, we immersed ourselves in our own imaginary world.

For those of you who know little about the franchise aside from Pokémon GO, allow me, a former diehard fan of the TV show, to explain Pokémon.

Pokémon, short for the original Japanese name “Pocket Monsters,” is a media universe created in 1996 by Satoshi Tajiri. The franchise is managed by the Pokémon Company and was founded by gaming companies Nintendo, Game Freak and Creatures. The video and trading card games revolve around a world where characters known as Pokémon trainers collect, train and battle fictional monsters.

Stumbling across a Pokémon encyclopedia one day at the school annual book fair, I immediately became infatuated with the cute and colorful species. Eeevee — a brown, furry Pokémon with giant eyes — and its “evolutions,” or stages of development, particularly drew me in (I mean, just look at their faces!). What began as an innocent obsession quickly became a major dent in my parents’ wallets.

My friends and I collected hundreds of cards to ogle at and trade with each other at school. We didn’t know how to actually “battle” the cards (they were just for show), but we always sat down during recess, lunch, and the five minutes before class to pull out our cards and subtly flex on one another.

Back when Target sold party packs of Pokémon cards, I would collect the boxes and also the “limited edition” ones on Amazon. By the time I grew out of my Pokémon phase, I probably had over 200 cards ranging from overpriced Target gift packs to the sparkly Japanese Charmander evolution cards that I convinced my mom to buy for my ninth birthday.

I was also fascinated with the TV show, and I recently decided to revisit the very first episode. Watching the 22-minute episode of 10-year-old Pokemon trainer Ash Ketchum and his Pikachu made me feel like a proud parent watching childhood videos of their grown children. The 90s animation style transported me back to the feelings of bliss and innocent happiness I had when I first binged the episodes nine years ago.

My Pokémon obsession lasted only a year at most, but it feels so bittersweet looking back because I used to be so carefree about life. Ash may still be 10 years old, but I’ve grown older and taken on the responsibilities of my teenage years.

Still, once college applications are over, I might just go back to my roots and challenge my friends to a Pokémon battle. After all, I still have my stuffed bag of Pokémon cards tucked somewhere in my house, ready to take me back to a world of pure, nostalgic fun.