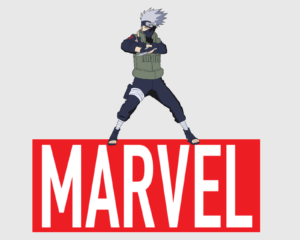 Marvel has had quite the spectacular run. With 23 films, 12 television series and dozens of projects still in the works, it is one of the most consistent and widely-loved studios in the world.

Yet I am here to make a statement so controversial and unpopular I fear I will be forever shunned, left alone by my friends and forced into seclusion. Believe me when I say the writing of this story was done under immense stress and indecision.

Major animation studios in Japan like Kyoto Animation and Studio Ghibli are simply better than Marvel.

Don’t get me wrong, the gap between Marvel and these top anime studios is a small one, but the ability of the relatively low-budget films and TV shows made by these anime studios to emotionally impact their audiences is incredible. If you shed a tear during “Avengers: Endgame,” prepare to bawl your eyes out for a film like “Violet Evergarden” (it’s on Netflix, but make sure to watch the TV series first). If your search history is starting to fill up with the backstory of the Avengers, prepare to dive into the deep web for pirated light novels and mangas of the Naruto universe after watching the anime.

The critique of the Marvel Cinematic Universe (MCU) I’ve long held is its lack of depth and somewhat cliche plots. What in the world was going on with the self-sacrificing thing between Black Widow and Hawkeye? It was emotional, but it felt like they were family members fighting over the restaurant bill.

The MCU has only consistently done well in two aspects: character development and hiring the right guy to compose their soundtracks. Their characters, for the most part, are complex, dynamic and lovable, and Alan Silvestri’s compositions do a great job of replicating John Williams’ magic. Yet for every Captain America, you have a Naruto, and for every well-written villain in the MCU, you have the unrivaled Johan Liebert.

Don’t sleep on soundtracks written for animes either — one could easily listen to Joe Hisashi’s complex and original tunes  during a particularly long car ride or while doing homework. His pieces are a goldmine for any music theory student.

However, the plots of great animes — incredibly diverse and complex narratives that weave together amazing characters — are what tip the tables for me. In the case of shows like “Naruto” and “One Piece,” when you get 900 episodes of runtime, this tends to happen out of pure necessity. But TV series like “Your Lie in April” and movies like “Your Name” and “I Want to Eat Your Pancreas” — with runtimes shorter than two hours — leave an impression that can change a lot about how a watcher perceives the world.

On a macro level, Marvel films are relatively predictable, with plots that aren’t particularly engaging. Coupled with the fact that these characters are pretty much impossible to relate to (Spiderman’s as close as it gets, but the dude literally swings on webs), it’s going to be significantly more difficult to connect to audiences. With realistic settings, plots and characters, anime worlds become a second home for many devotees.

The biggest reason these anime studios’ plots are so much better than Marvel’s lies in the life lessons they teach. Walking away from something like “Your Lie in April” left me with a sudden desire to become the next Lang Lang, and “I Want to Eat Your Pancreas” taught me to be grateful for the time that is given to me. Marvel films are shallow and just don’t quite leave me with that same feeling.