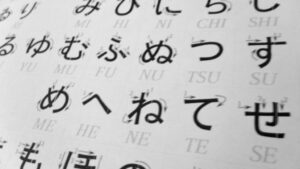 Because of students advocating for a Japanese class and it being a popular program in the past, the school has decided to implement the foreign language option next year.

With 28 sign ups so far, the class is likely to run.

Most students are interested in majors in colleges other than foreign languages, such as engineering, biomedical sciences or psychology. The percentage of students in college studying a foreign language is dropping in recent years, becoming 7.5 percent, a very small portion of all students.

Colleges are even dropping foreign language requirements and shrinking selection for language majors. The University of Wisconsin has announced to eliminate 13 language majors to eliminate the costs in hosting the classes due to low student enrollment. Even the most taught foreign language, Spanish, has faced a decline in enrollment from 2013 to 2016, and is projected to remain low in the near future.

Implementing the new Japanese class will also be costly for the school. A new class means new textbooks and other materials.