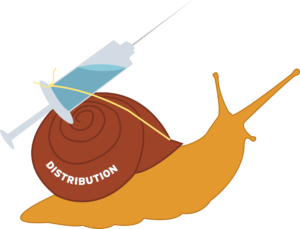 California is failing its distribution of the COVID vaccine: After eight weeks, only 64 percent of allocated first doses have made it into people’s arms, compared to 96 percent in North Dakota and 91 percent of New Mexico. In fact, we sit at the bottom of state rankings for the percentage of the population vaccinated.

In Santa Clara County alone, we need to average 13,000 people vaccinated per day to get everyone vaccinated by Aug. 1. So far, the average has been around 6,000.

California’s vaccines are currently being distributed to people at highest risk of contracting the virus (phase 1A) — which consists of about 3 million healthcare workers and long-term care residents — and phase 1B, which includes all individuals over the age of 65, not just those in senior care homes, and anyone working in education, childcare, emergency services and agriculture.

However, there’s a problem with our vaccine delivery infrastructure.

Contrary to the belief that low demand for the vaccine has caused the low distribution, a Dec. 3 report by Pew Research stated that at least 60 percent of the American population wants to take the vaccine. This means that the bottleneck comes from the slow distribution of the vaccine itself — a lack of a centralized information base and legislation that could slow down the vaccination process.

To ramp up inoculation, the state needs a digitized healthcare system, widespread education on anti-vax misinformation and modified regulations on healthcare providers. We can take lessons from Israel, which had already vaccinated 64 percent of the population compared to just 12 percent of the American population within the same time-frame of one month.

First, the state should develop a digitized healthcare platform that displays each vaccination site’s daily counts for the number of vaccines administered, the current number of working vaccinators, regional progress within vaccination tiers (e.g. 1A, 1B), available appointment slots and current wait time. This would not only provide citizens more direct access to information on the regional status of the vaccine but also allow the state to determine how to best distribute new vaccines and vaccinators.

Such a website would resolve situations like that of Ralphs pharmacies, which did not receive 10,000 scheduled doses from the Los Angeles County Public Health Department — delaying vaccination appointments by a month or more. Had data on the number of doses been publicly available, the public may have scheduled appointments at other vaccination sites, and the Health Department might have been more aware of this hole in their distribution.

In addition, although it is important to prioritize high-risk individuals, it is also necessary to consider the population at large to achieve full distribution potential. Newsom said on Dec. 28 in a press conference that healthcare providers that attempt to “skip the line” will lose their license — a move that ensures high-priority patients will get the vaccine first but could also leave vaccines unused or expired, slowing down an already slow distribution process. Newsom should replace revoking licenses with a more lenient consequence and instead focus on making general progress.

Even with such systems and policies in place, anti-vax beliefs get in the way of effective vaccine distribution: The aforementioned Pew Research study found that 21 percent of American adults are “pretty certain” that they do not intend to be vaccinated despite the fact that 70-90 percent of the population needs to be vaccinated to achieve “herd immunity.”

If Newsom launched an pro-vaccine campaign, the government would be able to reach out to the 19 percent of the population who said that they would not get the vaccine but believed that more information could change their mind.  Displaying the results of the 35 million people who have already been vaccinated and for vaccines in general could help gain the confidence of doubters.

Without policies to increase the rate of vaccination, California will not be able to reopen in the coming months, and worse, we will suffer additional unnecessary deaths as hospitals’ intensive care units fill up. There is a way out — but we have to act now.