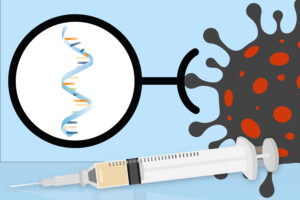 On May 13, the Centers for Disease Control and Prevention (CDC) announced that for adults who have received two doses of Pfizer and Moderna or one dose of the Johnson & Johnson vaccine for at least two weeks, they are no longer required to to follow COVID-19 guidelines on wearing masks and physically distancing.

California also plans to fully reopen on June 15 after more than a year of full and partial shutdowns due to the pandemic. Businesses, restaurants, theme parks and other public spaces will operate at maximum capacity.

While cases have seen a steady decrease in California and vaccination rates are high in some communities, reopening California so soon is a misguided judgment because of the rise of virus variants.

According to the CDC, there are currently five variants of the coronavirus circulating in the U.S., two of which were first identified in California. Because the vaccines are relatively new and were developed quickly, there is little data on the effectiveness of the vaccines on new variants.

The two most common types of coronavirus right now are a variant from the United Kingdom, known as the B.1.1.7 variant, and a variant from Brazil, known as the P.1 variant. While certain types of vaccines, such as Pfizer, have shown partial immunity against the variants, Moderna and Johnson & Johnson vaccines have been shown to be less effective against the B.1.1.7 variant.

Since Moderna is one of the most popular choices for vaccination, its lack of protection against this variant highlights one risk of reopening. Even with a higher percentage of vaccinations, herd immunity cannot be achieved because the risk of contracting new variants remains high. Moreover, without proper travel restrictions in place, reopening raises the unnecessary risk of spreading the variants from other countries, such as the variant that originated in India and has sent that country into a COVID-19 crisis, with death rates spiking and cases spreading rapidly.

While it is understandable why Gov. Gavin Newsom wants to speed up the reopening process for economic reasons, people’s health and safety should be put first. New variants and past failures prove that reopening with most restrictions lifted is dangerous, and California should instead continue down the path of a slower reopening.