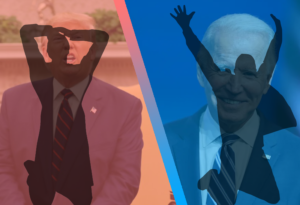 On Jan. 6, I remember sitting on my couch, watching in horror as live footage of the Capitol riots aired on my television. For the entirety of that Wednesday, I was distracted by the headlines and developing news.

It wasn’t anything new: Since the pandemic began, my schedule was often upended by worrying stories in the news.

But for the past month, I haven’t had this problem. I still follow current events closely, but I haven’t been distraught by what I’ve read. I’ve been able to get my schedule in check without major setbacks out of my control. And for this, I thank President Biden.

Following Biden’s inauguration on Jan. 20, the news cycle has calmed down immensely. There are still regular political stories like coverage of the American Rescue Act debate and controversy over certain White House appointees. I still disagree and agree with different things I see in the news, but gone are the doomsday headlines, calls for impeachment, fury over bleach suggestions as a cure for COVID and never-ending tweets of rage.

It’s not because of my politics. Though I cannot vote, I supported President Biden’s campaign and would have voted for him. While Republicans can no longer create as much drama because they have lost power in the west wing and the Capitol, Democrats have also calmed down as a mild president now leads them. The headlines simply aren’t as insane as they were before, and everyone seems to have taken a seat and started breathing.

I started to notice it myself a few weeks after the inauguration. For three Wednesdays in a row — Capitol riots, delivery of impeachment articles and the inauguration — I did nothing but sit at my television and watch the news. Now, I’ve rebuilt my schedule and am getting things done at a far more productive rate.

Some of these tasks include finishing my homework without getting an alarming notification from Apple News, getting through school without a non-history teacher vaguely mentioning something political and getting through dinner without a major political argument breaking out in my family.

There could, of course, be other reasons: Many people are getting vaccinated, lockdowns are being lifted and morale is rising. But for my part, I’ve chalked it up to the change in the White House.

It’s funny how much one man in a 250-year-old building can affect the lives of millions of Americans. But the return of civil politics and hope is something we can all use.

So thank you, Mr. President, for increasing my productivity and setting my mind at ease for the time being. I promise to use my newfound time wisely.