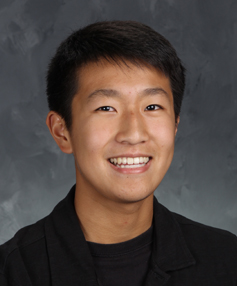 Steve Nash. Pau Gasol. Dwight Howard. Kobe Bryant. These four players are all-stars who have been the top dog at their position at one point in each of their careers. And guess what? They are all on the Los Angeles Lakers.

Steve Nash. Pau Gasol. Dwight Howard. Kobe Bryant. These four players are all-stars who have been the top dog at their position at one point in each of their careers. And guess what? They are all on the Los Angeles Lakers.

Before the NBA season began this year, the hype for the new Lakers super team was unavoidable. ESPN, Yahoo sports and all other major sport networks were predicting a monumental season for the Lakers. Even Snoop Lion, formerly known as Snoop Dogg, made an appearance on ESPN claiming that the Lakers were a lock for the finals in June.

I, however, still believe that my hometown team, the Golden State Warriors, will overcome the Lakers and end up in finals against the Miami Heat. A fan can dream, right?

Scarily enough my dreams are starting to take shape. The Lakers began their season by losing three straight and had lost more games than they had one as of early December. The Warriors, on the other hand, are at the top of their division. Yes, the Lakers will probably heat up at some point and live up to their high expectations, but for the time being, it is fun to be a Warriors fan.

And that is the reason why loyal fans stick around; they get the opportunity to ride the highs and lows of a team, and the reward is so much more meaningful when one has stayed for the whole experience.

This year, the Oakland Athletics were supposed to be the laughing stock of Major League Baseball. Still, being the cocky sports fan that I am, I boasted that the Oakland A’s would somehow make their way to the playoffs. And to the shock of the baseball world, they did, winning the American League West over the ballyhooed Texas Rangers.

Through the grinding out of games and winning more than a dozen by game-winners, the A’s were able to make it to the playoffs. Though they were stopped short and the San Francisco Giants took the prize in the end, I probably had more fun watching the A’s than the Giants fans did watching their team. The feeling of watching the underdogs win and experiencing a game winning home run fly out of the park in person just was overwhelming. All the years that I have invested in the team was paid off in a historic season.

So maybe the Warriors will shock the world just as the Oakland A’s have, or maybe they will be stopped short. But the pride of being a loyal Warriors fan is more valuable than any other bandwagoning Heat or Lakers fan.