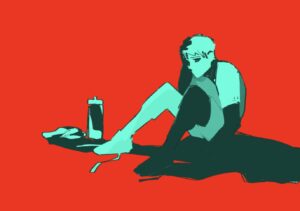 Permalink
With increased care for those struggling with mental health in various other spheres, it is only right that athletes receive the same luxury.

That was a common line from lead commentator Brian Anderson during his analysis of the Golden State Warriors’s opening day win against Westbrook’s Los Angeles Lakers on Oct. 18. Westbrook’s decline over the last 18 months has been well documented. Despite being a former MVP, confidence issues, combined with being a misfit at the Lakers due to a mismatch of playstyles, has caused Westbrook’s stock to plummet. His points per game averages went from 27.2 in the 2019-20 season with the Rockets to 16.3 in his current campaign with the Lakers.

With pressures like these, it’s no wonder that even superstar athletes often struggle with their mental health despite their high salaries.

A study has shown that hate comments toward athletes of all sports on Twitter have drastically increased in recent years. With the rise of social media, there’s a more direct pipeline from fans to players than ever before.

Thankfully, mental health awareness across most major sports leagues has increased. NBA superstars DeMar DeRozan and Kevin Love have both described their experiences with anxiety and its effects, with Love detailing how a panic attack he experienced during a timeout changed his perception on mental health for good. In the past, reactions to this information may have been more negative; however, now DeRozan’s and Love’s stories are being received positively.

At a local amateur level, athletes also face these kinds of challenges. Star baseball pitcher Lucas Dennis, a senior, remembers an upsetting moment that left him questioning whether to continue his pursuit of the sport.

“In 7th grade, at a club baseball practice, I was hit in the mouth with a baseball bat,” Dennis said. He elaborated that two of his teeth were chipped, visibly affecting his appearance, and his lip had to be stitched back together.

Dennis said going to school and being in public was “very embarrassing for a while, but over time my confidence grew enough to just accept this is what I was going to look like for some time.”

“It was the unfortunate consequence of the general carelessness of my other young teammates, but it happened and that wasn’t going to change,” Dennis said.

The memories of this incident lingered in Dennis’s head for months after. He said the aftershock and potential of getting hit again left him constantly worried, and his performance in pitching and hitting declined for a time.

“As time has gone on, I’ve been able to get past that and focus on playing my natural game, but that memory served as a mental block for years,” he said

He now has renewed advocacy for mental health awareness in sports.

“Sports are 90% mental,” he said. “We have to have strong minds as athletes to even have a chance to perform well physically.”

Senior Siddharth Kammanavar, who recently got called up to the U.S. National Field Hockey Team for the Under-18s age group, has expressed how issues he’s faced surrounding mental health have created a plethora of obstacles as he pursued his sport.

“I used to develop a sense of sole responsibility for anything negative that happened on our team’s behalf,” Kamannavar said. “While I did hold myself accountable, I forgot that I was playing a team game, which had a negative impact on my relationships with my teammates and coaches alike.”

Kamannavar described this feeling as “obscene intensity,” and said his tendency to see faults in his game, though beneficial to a certain extent, actually hindered his performances. Thinking of the consequences of an error made him more mistake prone, he said. In hindsight, he believes he should have “loosened up” earlier.

It was after changing his mindset that Kamannavar’s game improved drastically. Concentrating on just his goalkeeping and not thinking about the results of potential errors made him a top-level player.  Kamannavar attributes his recent success in field hockey — he has represented the U.S. in various prestigious competitions — to his shift in mentality.

“I don’t see hockey as an activity where I’m focused only on my individual performances. Lightening up, and realizing it is a sport I play for fun, was a necessary mindset shift and helped me a lot,” Kamannavar said.