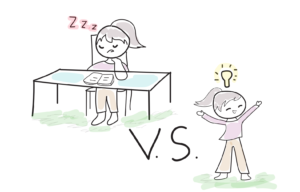 Sitting at her desk in world history during online learning last year, junior Jenny Chan struggled to keep her eyes open as she read her history textbook. Despite difficulties in staying engaged with the material, Chan found herself most interested in the material during world history and U.S. History teacher Michael Betz’s lectures.

“The way he retells stories from the textbooks changes boring facts to intimate anecdotes,” she said.

Although textbooks are a staple in most history classes across the country, some teachers and students find them to have downsides.

“There is so much they have to do in that space,” Betz said. “A lot of the time, they just dedicate events like the War of 1812 to one paragraph and don’t mention them in a lot of detail.”

In the past, the district would decide which textbooks to buy in part based on which company offered the best deal, since each book costs about $160. History textbooks used by Saratoga High and Los Gatos High are traditionally evaluated by a textbook committee, and are used in the curriculum for an average of seven years before being switched. In recent years, Betz has noticed textbook decisions being made with fewer teachers in the discussion.

“I am not one to normally compliment textbook companies,” Betz said. “Based on constraints, they have to decide what is and isn’t important, [analogous to] agenda setting in the media.”

A comprehensive study by The New York Times contrasting Texas with California history textbooks published by companies like Pearson and McGraw-Hill indicated that history books are altered by publishing companies depending on the most popular political beliefs of the state or educational institution.

California and Texas, two of the largest textbook purchasers in the country, lean liberal and conservative, respectively. In one example presented in the article, McGraw-Hill’s California-edition U.S. history textbooks contained annotations on the Bill of Rights noting that “rulings on the Second Amendment have allowed for some gun regulations,” while the Texas-edition did not.

The report spurred heated remarks from thousands of people, including president of the Council on Foreign Relations Richard N. Haass.

One history teacher tweeted, “[The article was] solidifying my decision to not use the designated textbook in my classroom! Primary sources are the way to go!”

“Textbooks are secondary sources in themselves anyways. In that sense, do we look at an event in general or through an individual, because they can be different,” he said. “To my knowledge, most teachers would prefer primary sources.”

In Betz’s three world history classes, he often assigns homework assignments that focus particularly on primary source documents, including the Charter of the United Nations and Nelson Mandela’s “Glory and Hope” speech after being elected as president of South Africa.

In the remote school year, Betz also asked students in each of his World History classes for their opinions on the textbook “World History: the Modern World” by Elizabeth Ellis And Anthony Esler, some of whom commented that “it was standard” but preferred to get their information from primary sources and the news.

Chan did not consider textbooks to be the most effective tool in her history education. When she answered the homework questions from the book, she estimated that the information stayed in her mind for one or two weeks before vanishing.

“I have the memory of a goldfish, so I believe that most students who also have such memory capacity share my sentiments,” Chan said.

Finishing the textbook questions was more of a side task she tried to do as quickly as possible, and not something she was interested in. Rather, Chan found herself immensely engaged during Betz’s synchronous lectures, which consisted of a mixture of current events, historical topics from the book and updates related to the school.

“Anytime I am allowed to learn through primary sources or conversation, I feel that what I am learning is worthwhile because the information stays with me,” Chan said.