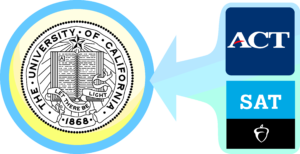 California Superior Court Judge Brad Seligman issued a preliminary injunction in August requiring the University of California system to go test-blind, meaning that admissions officers will not be allowed to consider standardized test scores when evaluating applicants. Prior to the COVID-19 pandemic, the UC system required applicants to submit either an SAT or ACT score.

A preliminary injunction means that until a final judgment is made, the UCs cannot consider SAT or ACT scores. They will still consider SAT Subject Test and AP scores.

These are unprecedented times, but removing a cornerstone of the college application process just a few months before the deadline not only harms applicants, but also fails to solve the problems the solution seeks to resolve.

Every year, seniors across the nation spend hours studying for the SAT and ACT, often sacrificing other extracurriculars and commitments to get a high score.

Removing standardized testing from the equation so suddenly is the equivalent of a teacher giving students the option of doing a slideshow, a website or a short story for a project, then telling students the day before the deadline that a short story is no longer a valid option. All the students who had spent hours writing their short story ahead of time have their work immediately sent down the drain despite working just as hard, if not harder, than the students who worked on slideshows or websites.

Yet despite being blatantly biased in favor of students who chose not to study for standardized tests, the UC system going test-blind also fails to serve its original purpose of providing under-resourced students with an equal opportunity for admissions.

In the ruling, Seligman argued that students with disabilities or in low-income districts will not have been given the same opportunity to take the tests during the pandemic. While this is true, applications should be based on as much information as possible instead of selectively ignoring factors that may benefit certain groups. The better solution is to have the UCs take into account disabilities and other disadvantages when considering applications, instead of completely discounting test scores.

Of course, it has been well known for a while that standardized testing mirrors the socioeconomic divide, since the wealthy have better access to test prep resources and are thus more likely to perform well on the tests. Since better scores on tests result in admissions to better schools, which often serve as a pipeline to better jobs, this discrepancy reduces economic mobility for underprivileged students.

Regardless, a decision involving standardized tests should be made with ample warning, so that students know what is expected of them. Since the decision suddenly removed an application component that many academic students excelled at, the decision to go test-blind will harm these students, wealthy or not. Detracting from the applications of academically-talented but underprivileged students seems counterproductive.

Take, for example, a town overcome by a pandemic that disproportionately affects the elderly. Let us say that 30% of the population is infected, and the town has just enough doses of the cure to administer to 30% of the population. Going test-blind is the equivalent of blindly administering the cure to the elderly, sick or not, and leaving the young people infected by the virus to die.

Wealthier students have more access to professional coaches, facilities, international volunteering opportunities, and college counseling. Wealth, no matter how much we try to minimize its impact, gives students benefits in nearly every regard, from how much time they can dedicate to activities to what activities they have access to.

The argument used to justify requiring UCs to go test-blind applies for nearly all parts of the application, but it is clear that going blind to every possible method of gauging a student’s merit is untenable. The entire purpose of college admissions is to decide who would fare best at challenging institutions.

Instead of dropping crucial aspects to the application in the name of equality, colleges should do what they have always done: take into consideration applicants’ socioeconomic status and other factors that have influenced their lives while reviewing applications. More information is always better than less for admissions decisions, as they should be made based on entire people, not arbitrarily chosen characteristics.

Going test-blind will also increase the importance of one of the weakest indicators of college success: high school grades. Grades are skewed by factors such as a school’s difficulty, school populations and grade inflation. A student at a lower-performing school might be straight A+ grades but score poorly or about average on standardized tests, making them less qualified than a B- student at a highly competitive high school who aces those tests.

There is a reason standardized tests have been valued so much up until now: They are standardized, meaning that it can compare students from across the country well, without factors such as grade inflation getting in the way.

At the very least, the UCs should go test-optional, allowing students who put in the work and performed well on standardized tests to show colleges their results. Whether the UCs accept it or not, standardized tests do reflect students’ academic achievement and potential.

Suddenly ignoring them may result in less qualified applicants getting coveted spots at UC Berkeley or UCLA just because they’re the top students at weak schools, while high achievers at top schools like Saratoga High could be left out in the cold because their GPAs aren’t as high.