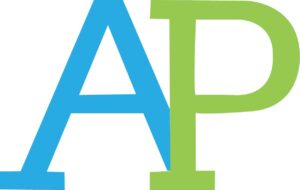 Every year, millions of students around the world have the unfortunate experience of dealing with the College Board, an organization that has monopolized standardized testing for decades. While AP testing last year consisted of fewer but higher-stakes free response questions, this year we are again at the mercy of 4-hour tests.

Prior to the pandemic, many College Board tests, with the exception of certain language and art tests, were administered on paper. A permanent transition to tests administered on computers is long overdue.

Computers offer many benefits, one of them being the ability to type quickly rather than writing. Typing is always legible unlike handwriting, which, if done too quickly, can be illegible.

Computers also offer the ability to zoom in on small text and still allow the ability to highlight and annotate anything. Marking the wrong answer by accident is also less likely to happen on computers since everything is on one screen. In person, students have to toggle between a booklet and an answer sheet.

The world is shifting toward utilizing computers and the internet to accomplish more tasks. Testing has been one of them, with California’s state tests administered on computers.

Technology also makes students’ lives easier. If they are going to charge $95 for a test ($120 in Saratoga), then they better reinvest that money in improving the test.

Taking a test at home is also more comfortable. Sitting in hard chairs and taking a 4-hour test builds up fatigue quickly, which decreases the ability to concentrate on the test as time moves on.

Being able to take the test at home on a large table on my own and typing all of my answers is far less draining. If College Board is going to make me take multiple four-hour tests to get my AP credentials, I might as well be comfortable while they fry my brain.

One problem that critics of online testing argue is controlling cheating. They argue that without proctors, tests are going to be easier to cheat on.

However, there are tools like Lockdown browser that do not allow students to leave their tab. Even programs like Canvas can detect when a student leaves the quiz and uses another tab. The College Board can easily invest in its own testing portal to ensure test security.  College Board also has the ability to monitor the internet, like it did last year, in order to deter cheating.

While I do not expect the College Board to allow all testing at home, I do want them to at least make a transition toward computer-administered tests, something Administration 3 would have pushed them to do.