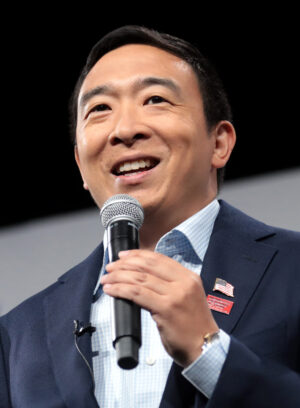 Yang is advocating that Asian Americans act more patriotic; however, empirical examples prove that such tactics are unavailing.

As the coronavirus continues to spread, hate crimes against Asian Americans have surged.

Because the virus first arose in Wuhan, China, some bigots seem to believe this means anyone of Asian origin is diseased. The website Stop AAPI Hate, which was created by the Asian Pacific Policy and Planning Council to track the crime against Asian Americans, totaled 1,000 cases of physical and verbal assaults since their launch on March 19.

Since then, many influential Asian Americans have spoken out against the racism that has been occurring and how to prevent it. Among them was former presidential candidate Andrew Yang, who published an opinion piece in The Washington Post, titled “We Asian Americans are not the virus, but we can be part of the cure” to offer his input.

As an Asian American, I looked forward to Yang’s potential to bring greater representation to my community and speak up about the unfair prejudice during this time.

However, I felt misrepresented by Yang’s arguments. Yang shifts the responsibility of combating racism from the perpetrators to the victims. Instead of calling out racists in the piece, Yang basically implies that the victims deserve such discrimination for not proving their undying patriotism. By arguing that Asian Americans need to further demonstrate their “American-ness,” Yang is suggesting that Asian Americans are not “true Americans,” a point which only validates the original racism.

Many of Yang’s supporting points are flawed. He uses the example of Japanese Americans during World War II, who joined the army to prove their patriotism. However, he ignored the fact that despite the large number of Japanese Americans who volunteered to fight in the American army, their act of patriotism did not alleviate any living conditions in Japanese internment camps nor end any discrimination faced by the Japanese at the time.

These Asian American organizations did not help their communities to prove that they are true Americans. Rather, it’s because it is the obligation of every citizen to help our country: donate gear, fund aid organizations and volunteer.

Despite such remarkable efforts, discrimination against Asian Americans has not subsided. Recently, a post of Florida rapper 1k_jonny_ chasing an elderly Asian woman and screaming, “Sanitize your a**!” was seen trending on Instagram, before it was ultimately taken down.

This highlights again that the underlying problem of the situation is our society’s inherent racist structure against people of color. Yang’s call to action reflects and fuels this camouflaged discrimination against people of color because it disregards the perpetrators’ horrendous actions and transfers the liability to the victim, thereby accepting society’s racist norms.

Since his presidential run, I hoped that Yang could bring a positive light to the Asian American community. While I recognize that Yang’s intention was to help, his arguments show an alarming willingness to kowtow to powerful forces rather than fight them.

As a country that should embody diversity and inclusivity, we should not be tolerating any kind of racism. Americans should not be defined by skin color or ethnicity; Americans are defined by the belief of liberty and equality. It is everyone’s responsibility to help out as much as possible. It is not to prove one’s Americanness, but rather to fulfill our duties as a part of our larger community.