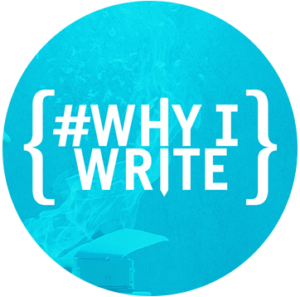 While students in English classes generally focus on academic, expository styles of writing related to the classic books they are reading, many hold a passion for creative and engaging genres such as fiction and personal essays.

The National Council of Teachers of English (NCTE) aims to foster this interest by recognizing exceptional high school juniors’ writing through the Achievement Awards in Writing (AAW), which are awarded to students across the U.S., Canada, Virgin Islands and at American international schools.

The 2020 AAW prompt, “Why Do I Write,” encouraged juniors to reflect on the impact of writing on their lives and what it means to them. To respond to the prompt, juniors in Honors English classes were challenged to take their “analytical, rhetorical, syntactical and creative” writing skills to the next level.

Pieces submitted for AAW were expected to demonstrate individual students’ personal creative writing styles, and students were able to write essays, short stories, poems, dramatic writing and other styles to complete the prompt.

The two English 11 Honors teachers, Amy Keys and Natasha Ritchie, had their students write graded responses for AAW, although choosing to submit to the competition was optional.

Keys and Ritchie narrowed the field to a dozen semifinalists. In turn, a group of English teachers read the pieces (minus the writers’ names) and decided on the schoolwide finalists: Helena Lee, Manasi Garg and Kaitlyn Tsai. The official winners of AAW will be announced in late April or May.

Keys said she enjoys how AAW is a chance for students to think outside of the box with their writing.

“It’s not analytical, expository or literary analysis, per se. It can have whatever format you want it to be,” Keys said.

In 2019, seniors Brandon Wang and Christina Xiao won AAW. That year, students were to consider a single text that has spoken to them and describe how it led their voices to create harmony with the voices of others around them.

Xiao wrote about the poem “So Torn By My Tides” by Stefania Heim. The poem is about the universal experience of time. She found that aspects of the poem related to her own life and experiences with literature.

“I write as another form of communication and expression,” Xiao said. “I think words connect people.”

Meanwhile, Lee, who has been writing creatively for as long as she can remember, wrote her 2020 AAW piece about a recurring aspect of her life.

Lee was inspired by her own life experiences when she created Dianna’s backstory, and hopes that readers will identify with Dianna’s struggle and realize how they can use writing to ground their own voices, even if they feel voiceless in parts of daily life due to anxiety or other impediments.

“I hope that my poetry and story ideas will resonate with others who share similar experiences and perspectives,” Lee said.

In 2019, she attended Education Unlimited, a summer writing program based at the Stanford campus, where she received writing feedback from instructors and learned to craft more realistic characters that could be paired with meaningful imagery. There, she gained the opportunity to connect with other encouraging, passionate writers, leading her to continue creative writing.

This year, Lee was accepted to a Stanford summer program, where she plans to further her writing.  She plans on majoring in English in college and continuing down a career path that utilizes her writing and creative ideas.

“I mostly write poetry at the moment, as schoolwork takes up most of my time, and I find poetry to be a good way to track my thoughts in a compact, artistic manner,” Lee said.

Garg said her piece centered around using writing as a sort of “catharsis” to process her thoughts and emotions.

“Writing is a way for me to intimately explore the world around me and consider why we do what we do,” Garg said.

She has been writing poetry since she was 7 years old, initially only crafting “ultra cheesy love songs” inspired by Taylor Swift before delving into more serious topics like the Afghanistan War. She has always written for pleasure and attended the selective Iowa Young Writers’ Studio summer program in 2019.

For her part, Tsai said she has written for the sake of storytelling since first grade.

“I read the entire ‘Harry Potter’ series by myself, and I fell in love with how Rowling was able to just bring these magical characters and creatures and events to life,” Tsai said. “And I knew that was something I wanted to do.”

Tsai’s AAW submission was a “fragmented” memoir consisting of four parts, each describing specific moments of her own life. The first represents imagination and the future, the second emotions, the third a connection between the past and present and the fourth turning all of these people and events into something human.

Part of Tsai’s submission was a poem she wrote called “God Bless White America” about her Asian-American identity.

“Throughout my childhood and early adolescence, I struggled to navigate the waters of my identity as an Asian-American girl,” Tsai said. “So my poem details this challenge, one that many first and second generation immigrants still face, and captures the hypocrisies and ugliness of American society.”

“It is the purest form of art out of all forms of writing, and you have the freedom to do what you want and express yourself freely,” Tsai said.

Through a freeform creative medium like poetry, she aims to capture humanistic, individual emotions and moments with her writing.

“Maybe I’ll see a dad teaching his daughter how to ride a bike, an elderly couple holding hands as they walk, little gestures that make me smile and fill me with warmth and make me start philosophizing about life and death and love and whatnot,” Tsai said.

She hopes that her AAW piece can be a source of inspiration for other teens to convey their own feelings in writing.

“I hope that it will change worlds for the better, one word at a time,” Tsai said.