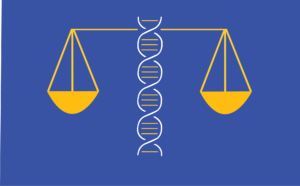 Permalink
Aspiring doctor William Norwood discusses his thoughts on bioethics and its progression over time.

When freshman William Norwood was 18 months old, he was diagnosed with onset asthma triggered by pathogens and changes in temperature. At the time, he lived in the UK, where cold temperatures persist for large portions of the year; thus, entering a heated classroom after walking in below-freezing temperatures outside could trigger an asthma attack. Such occasions have put him in the hospital at least four times.

Norwood had an allergic reaction to medicine when he was 5, leaving him with hives for a week. Both his allergic reaction and hospital stays piqued his interest in the medical field, where he later discovered the field of bioethics. Bioethics is “a philosophy that deals with morality and focuses on the moral questions that come up in biological sciences.”

Looking back, Norwood said he is extremely glad he had doctors who were knowledgeable about bioethics.

“I’m glad the doctors knew their limitations and what they could do,” he said. “Bioethics has made medicine the amazing field it is today, and it’s easy to forget that without bioethics, we wouldn’t have the same standard of medicine.”

Norwood first saw the need for bioethics in his biology class this year when he learned about a scientist, Edward Jenner, who injected a 13-year-old boy with cowpox in 1796 to see if the injection would safeguard against smallpox. Though the experiment succeeded, its potential failure could have risked harming an innocent child.

“I think the medical field used to be very brutal because there wasn’t a set of ethical standards,” Norwood said. “Bioethics gives the general populace more control over our medical health and what can be tested upon us.”

One such notorious experiment took place in 1932: The U.S. Public Health Service recruited 600 African American men with syphilis for free medical care to find a cure for syphilis. In reality, these men were nonconsensually tracked so researchers could observe the full progression of the disease. While effective treatments were found, they were not administered during the experiment so the research could continue. Many men went blind and insane due to untreated complications.

This gruesome experiment brewed mistrust of the medical system in minority communities and increased awareness of the need for bioethics to prevent similar experiments from happening again.

In 1972, a reporter discovered the horrendous expirament and published it in The New York Times, generating mass outrage and leading to the cessation of the experiment. As stories of more unethical experiments conducted in America were released — specifically one in Guatemala where 700 people were intentionally infected with syphilis — public distrust in the health system grew.

“You need a history to have a present,” Norwood said. “I think [bioethics] gives doctors a moral compass so they can’t do [as they wish] without consequences. We’ve come a long way from injecting [unconsenting] people with cowpox. It’s important for doctors, nurses and staff to know what is ethically right to do, whether it’s in medical treatment or when conversing with a patient.”

Norwood noted that bioethics is different from other types of ethics because of its implications on people and potential life-and-death situations: While ethical dilemmas are often about personal opinions and actions in difficult situations, the issues faced in bioethics directly affect people’s lives.

A disregard for bioethics has tangible effects: “A person’s life and well-being depend on their doctor’s actions,” Norwood said. “Going into medicine, you must have an understanding of that. It’s a person you’re working on — a person with family and friends.”

Bioethics is vital for Norwood’s course of study as he aspires to become a pediatric surgeon, an occupation which diagnoses children with problems that need to be addressed through surgery.

“When you’re a child, you’re largely unaware of the world, and I think that’s one of the happiest parts of your life,” he said. “If a kid is struggling with a medical problem, I wouldn’t want their innocence to disappear, and I want to ensure the child isn’t forced to grow up quickly [because of their medical condition].”

He said the SHS Model UN club has helped him develop his stance on bioethics because he has learned to question the world around him and different courses of action, which is a core tenet of bioethics.

Norwood believes everyone should have a basic understanding of bioethics because patients understanding their health rights in a hospital is important to ensuring their own safety. This way, patients can understand their doctor’s ethical dilemma when a difficult decision needs to be made.

Although bioethics is such a vital part of the medical field, it is often overlooked by aspiring doctors in high school. However, the Future Doctors of America (FDA) club on campus discusses bioethics and its implications during meetings.

Members are presented with ethical dilemmas unique to the medical field and discuss the best course of action in each situation. Afterwards, students often challenge each other’s opinions in lively debates.

“[These discussions are] really building the foundation of what you think is right or wrong in a medical situation,” said junior Melody Lin, an officer of the FDA club. “For example, if a patient comes in and doesn’t want to get a treatment against their family members’ wishes, it’s ultimately the doctor’s decision of what they think is the right choice.”

Lin believes the medical field is often looked at as a hard science, and students are taught that biology, chemistry and physics are the only focuses of the medical field, making it easy to ignore its humanitarian components.

Bioethics continues to be a necessary prerequisite for becoming a doctor and provides necessary critical thinking skills that are used on the job.

“All your medical rights come back to bioethics and the way the patient should be treated,” Norwood said. “Everyone should know this because it could be you or someone you know who’s in a bioethical dilemma.”