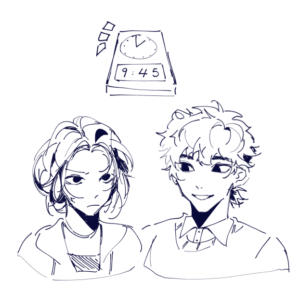 Permalink
I think the new school bell’s calm and pleasurable to listen to, even if no one pays attention to the announcements following it.

In the past few weeks, I’ve heard some students complain about the new bell tone, saying that it sounds too much like the chime you hear in airports and thus doesn’t belong in a high school environment. I completely disagree. The new bell is quite soothing and better than the boring old standard one, which disrupted my flow of thought far too often when I was in the middle of activities like classwork or talking with friends. To be blunt, the old bell signal sounded like a shipyard whistle. I like the more refined tone of the new one, as it lends the school a better overall atmosphere through its more subdued and less blaring vibe. The new bell reminds me of cushy chairs and plushies; it helps me smoothly glide from class to class.