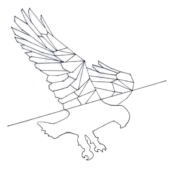 Talisman An object that contains magical powers. Also the name of the Saratoga High yearbook. Criticism Disapproval from others that is guaranteed to lower your self-esteem. Feudalism With one promise of protection, a landlord can have peasants and their descendants working under them forever. Fascism  Not even a real government, but it lasted longer than […]

It’s 7 p.m., and for once, you’ve finished all your homework. Your parents are gone and your friends are all busy — why not go on a bike ride? Here are some of my favorite local bike trails to try:   Joe’s Trail (distance: 3.2 miles; difficulty: easy) The trail starts at Saratoga Avenue and […] 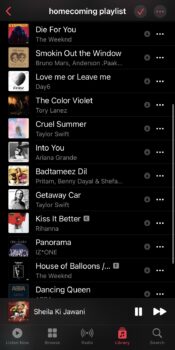 For everyone who was sorely disappointed by DJ Tommy P’s selections at the Homecoming Dance, we’ve compiled a list of iconic, well-known bangers for Winter Formal on Dec. 10 at Great America.  “The Hills” and “House of Balloons/Glass Table Girls” by The Weeknd The Weeknd’s music is so well known with his songs setting a […]

Thanksgiving: A tradition revolving around food and gratitude where we get three days off to celebrate. Alas, the short break doesn’t impact me all that much considering I don’t celebrate. Don’t get me wrong — I love pie and expressing thanks. But my family has never been into a large dinner or meeting up with […]

read more »
Rain is good, but not during a track meet

Last track season’s St. Francis Invitational on March 18 was a one-of-a-kind experience — a stressful one. After months of no precipitation,  California’s wacky weather decided to rain on this fateful day. It could have been any other day, but no — it had to be the one day I had to run for a […]

Following what many call her “Folklore” era, Taylor Swift released a much more electrifying and slightly controversial 10th album, “Midnights,” at midnight on Oct. 21. That same day, Spotify announced that the 11-time Grammy winner had broken the record for the biggest album streaming debut in a single day.  When Swift first announced “Midnights” on […]

read more »
Having a common name poses a minor burden

Common names are known for, well, being common. Having a generic name comes with the inevitability of meeting someone who has the same name as you. It’s ranked No. 34 on the most popular names for girls. In 2006, the year I was born, it was ranked No. 27 in the U.S. As someone who […]

Canadian singer and rapper Tory Lanez has had his fair share of recent controversy: According to CBS News, the 30-year-old artist was ordered to house arrest on Oct. 26 following the alleged shooting of rapper Megan Thee Stallion in 2020. Nonetheless, Lanez has continued to churn out R&B and hip-hop music, including his 2021 album […] 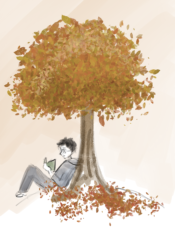 Temperatures dip into the low 40s, and days become shorter and shorter. Leaves wilt into bright oranges and yellows and grays and carpet the streets below the trees where they once resided. Even pumpkin-spice-flavored products are back on the shelves. Fall has arrived. Of the four seasons, fall takes the crown. Disregarding the hassle of […]

Editor’s Note: Spoilers ahead. In a mustard yellow tank top and faded blue overalls, I made my way out of the hot blazing sun into a blast of refreshing air conditioning at the AMC 14 Saratoga. A large yellow minion named Bob stared down at me from a poster on the side of the movie […]