As summer fades, here are some ways to enjoy the fall

As fall comes around, pumpkins appear in the entrances of supermarkets and stores stock up on seasonal drinks.  Fall marks the commencement of school and the stressful lifestyle that comes with it. The Falcon has curated a list of activities you can do with friends and family as a mini break to take your mind […]

Break a Guinness World Record Explore the world records list and attempt some for fun! There are many light-hearted ones out there such as fastest time to assemble Mr. Potato Head or most smarties eaten with chopsticks in 60 seconds blindfolded. Room makeover Go on Pinterest for room inspiration. You’re in there 99% of the […]

read more »
‘Stranger Things’ Season 4: The beginning of the end lives up to its hype

As I lay in my bed one day last summer, I opened Netflix on my computer and filled myself with anticipation as I prepared to watch the long-awaited fourth season of “Stranger Things,” three years in the making. Soon, the familiar and haunting notes of the show’s theme song whisked me away into the town […]

In middle school, the feeling among Redwood students on an early release select day was unmatched. After getting let out early, you’d have the opportunity to walk a mile to Starbucks downtown, visit Wildwood Park with friends and be picked up by your parents in the evening.  It was a thrill — one of the […] 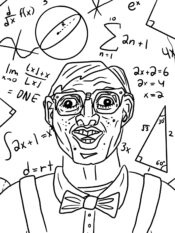 10. Use big words for simple things Only an uneducated buffoon would say “I’m off to go get a jug of milk.” An academically inclined scholar would instead remark “I shall proceed in the direction manifested in my embryo of reason and therein endeavor to acquire the liquid lactated by the biological structure possessing a […] 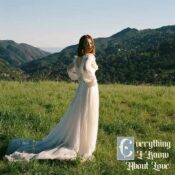 In late August, Los Angeles-based singer and multi-instrumentalist Laufey Lin Jónsdóttir — professionally known as Laufey —  revealed her charming debut album “Everything I Know About Love”. Born to a classically trained Chinese violinist mother and a jazz-loving Icelandic father, the 23-year-old Laufey displays her classical background by creating a style of music that blends […]

On a Saturday in late August, you would have found me in the most unlikely spot: standing on a rocking boat in the ocean while holding a little metal stick with a bit of string attached to it. I was fishing.  My older brother has begged my dad to go on a fishing trip for […]

We have a British lad, fresh off the concrete jungle of London with an accent thick as marmite. There’s also an American, raised in the sheltered bubble of Saratoga on Barney and Flamin’ Hot Cheetos.  The U.S. and the U.K. may be connected through history, but the experiences of growing up in the two are […]

On my left shin, a mostly faded, purple-browning strip of skin still stretches all the way from my knee to my ankle. It’s theoretically a bruise, but it’s been there for four months, and I suffered a tremendous amount of exercise to get it — so I believe it deserves to be called a “battle […] The inaugural episode of “Spongebob Squarepants” aired in 1999, garnering a whopping 6.9 million views. Since then, the show has influenced millions of people across the globe, with many holding the show near and dear to their hearts. The series is the brain-child of Stephen Hillenburg, a marine biologist who envisioned a cartoon revolving around […]