My three cents: a dummies’ guide to emojis

From VSCO girls to dabbing, you probably still have a rich abundance of elementary and middle school trends burned into your memory. Some of them were actually fun, while others probably make you cringe at the mere thought of them. The VSCO era Let’s start off with a popular one: VSCO girls. With their messy […] 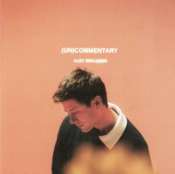 Four years ago, Alec Benjamin released his hit single “Let Me Down Slowly,” earning him a record deal with Atlantic Records. Ever since he dropped out of high school to pursue a music career, he has released dozens of singles and three studio albums, the most recent being “(Un)Commentary.” Benjamin is as much a storyteller […] 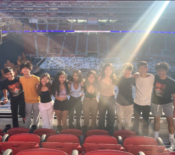 As I nervously walked to the top row of Levi’s Stadium with my friends, clutching my $9 garlic fries, I realized if I fell off the stands, I would have the most epic death ever. The Weeknd concert at Levi’s Stadium on Aug. 27 was my first concert and I had no idea what to […]

read more »
Preparing for the SAT: a case study in 2 summer experiences 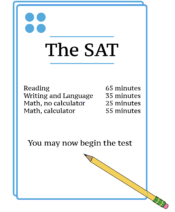 Kavya’s Experience: As I dragged my feet into my summer SAT prep academy (whose name I’m choosing not to divulge),  I looked upon the wall with a list of all the participants’ names and searched for my name. Next to my name, I spotted the number 2. Confused as to why some of us needed […]

The scene is very 1980s and pre-internet: A 20-sided dice rolls onto a table as a group of teens huddles around, anxiously awaiting the outcome. The fate of dwarf paladin is about to be determined by this one dice. If it rolls a 10 or above, the character is spared; otherwise, they die and the […]

Writing essays is hard. I know this, you know this, we all know this. From brainstorming to nitpicking every word to figuring out what the teacher even means by words like “creative” or “analytical,” the process of essay writing is filled with plenty of struggles. My biggest issue with essay writing is just simply how […]

read more »
Good tap water: a privilege to be enjoyed 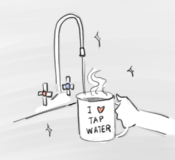 In Saratoga, we’re blessed to have clean, healthy and good-tasting water flowing from the tap. There is no need to drink bottled water. Having said that, we acknowledge that not everyone is lucky enough to have access to clean water, especially in California’s more rural farming areas where there are droughts and a lack of […]

During the early hours of the night, 12-year-old me lay in bed overthinking the true nature of life. Earlier that day, I had heard about Elon Musk’s claim that we are likely living in a computer simulation. As I sat contemplating this theory, I imagined a highly evolved, intellectual alien peering at a holographic screen […]

10. Eight. Statistics say it’s one of the second most common numbers to roll on a pair of die, yet the lack of eights I roll during Catan games says otherwise. 9. Twenty-one. While playing blackjack, twenty-one never comes when I want it to. It’s almost as if it’s been avoiding me…  8. Thirteen. After […]